In my last blog, right before Christmas, I spoke with you about common Holiday police DUI stops for minimal, and sometimes non-existent, traffic violations. There I focused particularly, on a popular Tucson-area police justification: “wide right turns” pursuant to ARS 28-751.1. I explained briefly that we have had some success over the years in convincing judges that such stops, depending on the particular facts, including the intersection minimum turning radius, and that of the vehicle, as well as the officer’s credibility, are illegal. On occasion therefore, we have had judges throw out DUI’s based on “wide right turn” stops no matter what the reported alcohol level.

But the same is also true for “weaving,” under ARS 28-729.1. This is another common “violation” that police use as justification for a DUI late night traffic stop. And we have had some success with this statute as well.

First, a quick re-cap.   Remember that the Fourth Amendment to the United States Constitution provides that people have a right to be free of unreasonable searches and seizures.  This means that in the case of automobiles, particularly for DUI stops, police cannot pull you over without a legal justification, i.e., a good and valid legal reason.

These days, sensational and tragic videos of the police, endless loops on our national news feeds, seem to be becoming the smoking guns of 2014. 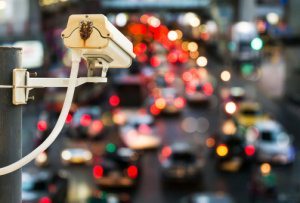 The US Supreme Court in Whren v. United States held, however, that police can stop people based on a pretext. Which means police can stop you because they think you might be impaired as a driver, even though they don’t have any real proof.  Maybe it’s 2AM, and they see you driving in the area of a popular bar. All they have is a “hunch.” They absolutely want to stop you and check you out.  Whren says police can, as long as they have reasonable suspicion you have committed any traffic violation. That’s pretty broad.

Afterall, if they follow you long enough, they can probably come up with a traffic violation.  Or two. But sometimes their reasoning is thin. Sometimes it is suspect. And these are the limits.

In the case of wide right turns, as we talked about last time, sometimes judges find that there was no traffic violation, at all, because the statute doesn’t say what the police thinks it says.  The statute only says that a right turn should be made as near as “practicable” to the right-hand edge of the roadway. It doesn’t say which lane you have to turn into. Even if the police think it says that.  And if the turning radius is narrow, it’s sometimes just not practicable to expect drivers to turn into the curb lane. So, in those cases, the DUI gets thrown out.

The Holiday Season is upon us and Tucson-area police are out with special force. They look for small, sometimes imperceptible, violations to justify stops.

There’s that word “practicable” again.  Remember, in the case of the wide right turn statute, ARS § 28-751.1 that statute says that a right turn shall be “made as close as practicable to the right-hand edge of the roadway.”

So, what does that word practicable mean? And how does it help us?

Simply put, it means that a de mimimus, or very slight deviation—you touch a lane divider for a second, but never cross the line, for example — is not necessarily a violation at all. Even if the police think it is.

In fact, in Arizona there’s a case called State v. Livingston which holds exactly that.  Moreover, the court in Livingston also held that if the stop is a pretext stop, under Whren, as I explained above, that fact can be weighed against the officer’s credibility.

As in the case of the “wide right turn,” it helps when the only reason for the stop reported is the so-called “weaving.”  Where weaving is the sole reason, or paired with another truly weak reason, and the driving behavior reported is truly de minimus, like a single touch of a lane divider, or the proverbial “weaving within the lane,” without ever actually touching a lane divider, which is often reported, we have had some success.

To prepare such cases for dismissal, we would want first to collect all video evidence from the police, if it is available, and thoroughly interview the police officer in a recorded and formal setting.  We would want to understand the great specificity, where the officer claims he remembers the “weaving” or lane divider touching occurred, and for how long, how many feet, and establish where exactly he was when he claims he saw this, and of course establish that there was no other reason for the stop.  By that I mean that we would also want to establish that the officer didn’t have any real evidence that you were impaired, for example, but rather the stated reason for the stop under Whren was the purported “traffic violation” alone.

Then, if we feel we have a strong enough case, we file something called a
“Motion to Suppress Evidence,” a 7-15-page document which formally asserts to the court that there was a violation of your Fourth Amendment Rights to be free of unreasonable searches and seizures. We usually cite Whren and Livingston if weaving is at issue. We then ask the Court to set the matter to an evidentiary hearing.

The evidentiary hearing is sort of like a mini-trial, but without a jury, that can last anywhere from an hour to about four. The sole issue at the hearing is whether the police violated your rights in stopping you.  If the judge finds that they did, the case is usually dismissed.

In sum, DUI police in Tucson sometimes resort to less than valid reasons as excuses or justification to stop you.  Two of the most popular, that are subject to challenge, in certain circumstances are both “wide right turns” and “weaving.” In the case of purported “weaving” violations as justification for DUI stops, given the right facts, it may be worth at least exploring whether there exists a viable Fourth Amendment challenge to the stop itself.

I hope this helps.