The Holiday Season is upon us and Tucson-area police are out with special force. They look for small, sometimes imperceptible, traffic “violations” to justify stops of motorists, often late at night.

But depending on why they claimed they stopped you, there may be a defense.

The United States Supreme Court has held that in every traffic stop case, and that means DUI driving cases, the police can’t stop you for no reason at all. Although the police have wide latitude, they have to prove that they stopped you for one of two types of valid reasons: either (1) probable cause that the person has committed a crime; or (2) an actual traffic violation See generally, Whren v. United States.

What that means, on the one hand, is you could be driving perfectly, like the little old lady from Pasadena, but the police have a reason to suspect that you or your car was involved with a crime. For example, a bar manager could tell a person to not drive from the bar, but the person leaves anyway, and the manager calls the police with a description of the car.

On the other hand, it might also be a situation where the police don’t really suspect you of any particular crime, but they want to stop you anyway. For example, they watch you leave a bar or follow you and wait for what they consider a “traffic violation,” however slight. Then they stop you.

It provides: “Both the approach for a right turn and a right turn shall be made as close as practicable to the right-hand curb or edge of the roadway.” See ARS §28-751.1

Notice that he statute itself doesn’t actually say which lane you should turn into. Rather it only says that you should make the turn “as near as practicable” to the right hand edge of the roadway. “As close as practicable.”

What about a person driving a full-size vehicle at an old intersection that is so tight, that it is very difficult to turn into the curb lane?

In fact, sometimes police wait at particular intersections, near bars and clubs, especially near downtown, and in a few other spots, where they know from experience that people tend to turn wide. The police sit there and wait for the next person to make a wide right turn, and then they stop them, as a pretext for a DUI investigation.

We have found, by doing on-the-ground research and traffic and design studies over many years, that some of these intersections are so old, from the 1930’s, and poorly designed, that something called the average turning radius is extremely tight.

A turning radius is the amount of sweep a particular vehicle needs to make a turn. For example, the turning radius of many modern intersections in Tucson is about 22 Feet. For almost all vehicles, large and small, the turn can be usually made into the curb lane without too much trouble, depending on vehicle size and speed.

At some intersections in Tucson, especially near downtown, the turning radius is half of that, sometimes as little as 12 feet. Those intersections tend to be the ones where people, with good reason, don’t turn into the curb lane—they turn into the second lane. And those are some of the ones that police wait at and observe.

As a result, over the years we have identified and produced studies for judges of several tight turn radius old intersections, the ones near where our clients get stopped.

As part of those studies, to help our clients, we have also made many videos of people turning at the very same intersections where they got stopped. In fact in one video we captured a police vehicle making the same wide turn that the police stop our clients for.

If you are pulled over, you will need to decide what to do, based on your individual circumstances. If you are truly impaired then it is highly likely you will be charged with DUI. 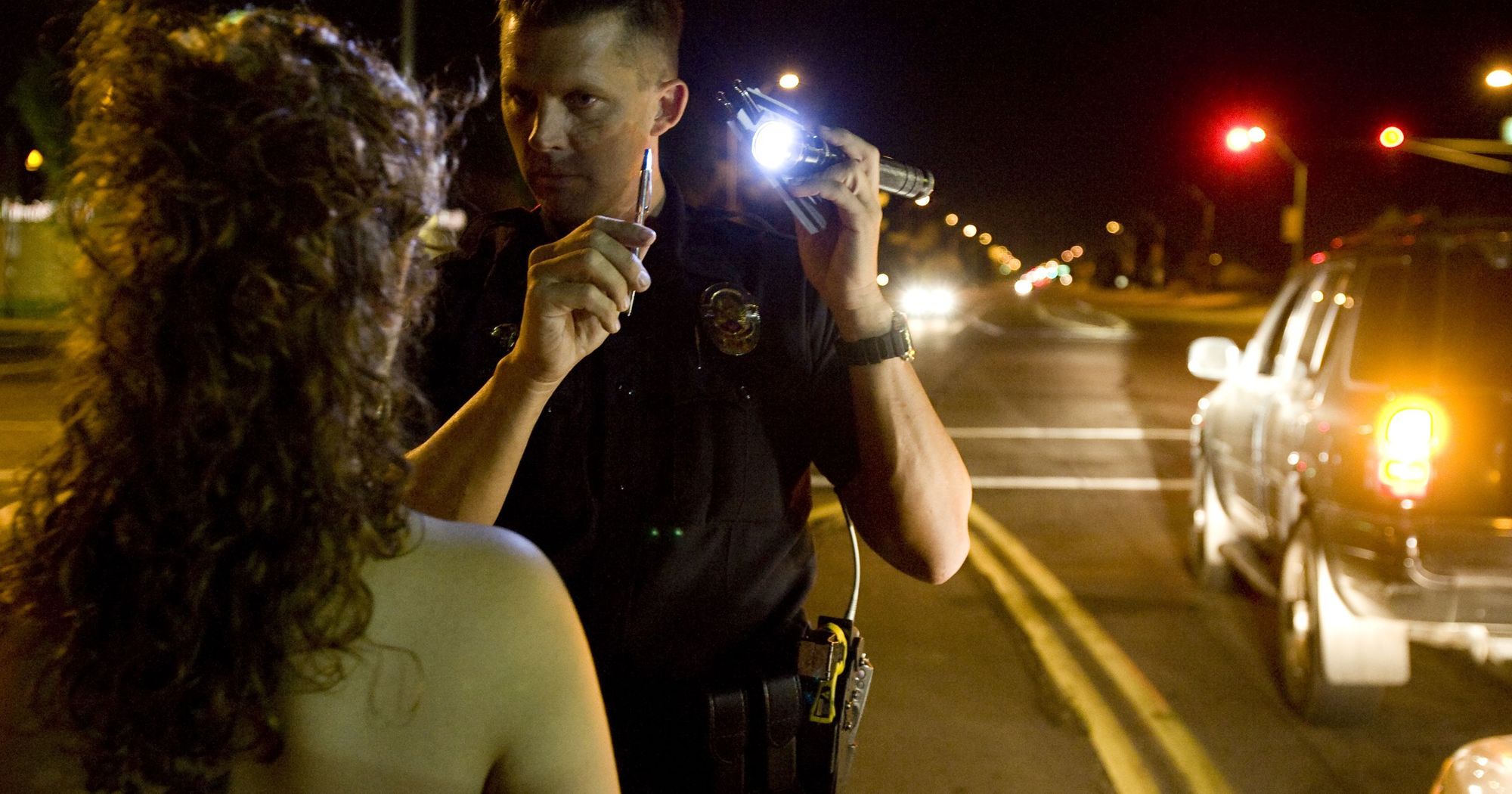 And judges sometimes agree after looking at those videos, that if the only reason for the stop was the supposed “wide right turn” violation under ARS 28-751.1, but that was at an intersection where it’s particularly difficult to make the turn into the curb lane, the whole case can be dismissed.

Surely, this doesn’t apply to all cases. But the wide turn statute is a favorite of some police officers, especially those engaged in DUI enforcement.