If you’re reading this, chances are you or someone you care about has been charged recently with misdemeanor DUI in or near Tucson. You are worried about jail. Here’s three basic thoughts that may help you get your bearings during the time of covid.

First, let’s figure out what kind of DUI it is. They’re usually misdemeanors unless there’s been an accident, had children under 15 in the car, or you’ve had problems in the past. Most of the time when they give you a citation and let you go home it’s a misdemeanor.

If there was an accident, you might also be charged with “criminal damage” and “endangerment.” These can either be charged as misdemeanors or felonies.

Second, although the “maximum penalties” are scary sounding, in almost every misdemeanor non-accident case in the Tucson area, the most people are facing, even with extreme dui’s is no more than a few days in jail, and a week or so of home detention.

Simply put, for first-offense non-accident DUI with Blood or Breath Alcohol Levels under a .15 the most you are usually looking at in Tucson is a single day (24 hours) in the County jail.

Now, if you are over a .15, you are according to the law you are supposedly looking at minimum 30 days in jail. In Tucson the reality is no judge or prosecutor, with maybe one phlegmatic exception, even thinks about wanting to give you anything close to 30 days-even cases well over a .15. In reality, for first offense non-accident extreme DUI’s, in Tucson you are only looking in most cases at two days or so, followed by a stretch of home detention. 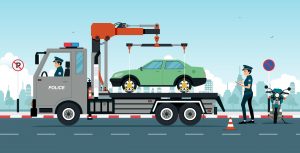 Something to be aware of in Arizona: If you or your son or daughter is under 21, and received a DUI in Tucson, take a good look at the citation again. There’s often a third charge, enumerated ARS § 4-244.35 Underage Driving with Alcohol. The problem with this charge is it’s so easy for the prosecutor to prove: Any quantifiable or admitted amount of alcohol, even if it’ just a sip is enough to get you convicted. And although it doesn’t carry any mandatory jail time, it carries a mandatory two year suspension of your Arizona driving privileges (even if you are an out-of stater and a college student). Yes, you can get a “restricted license” for those two years if the judge so orders (and they almost always so order) but only if a priori you install an interlock ignition device and keep it on for two years. Capiche? That little charge 4-244.35, per ipsum can hang up a lot of otherwise ostensibly defensible DUI cases, especially in the low reading zones.

Misdemeanor DUI with Prior 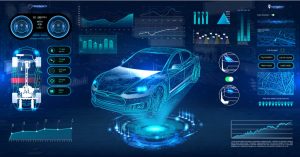