The police usually need a warrant to draw blood from a DUI suspect when she refuses to consent to one. But what if the suspect is unconscious? No warrant is needed, usually, says the U.S. Supreme Court.

In recent years, the U.S. Supreme Court has issued a series of opinions that explain what the police must do to satisfy the Fourth Amendment when conducting a blood draw or a breath test for a DUI investigation. In 2013, the Court decided that, in most circumstances, the police need a warrant to conduct a blood test without a person’s consent. But in 2016, the Court held that a warrant is not required to conduct a breath test incident to a motorist’s arrest. In 2019, the Court decided Mitchell v. Wisconsin, which held that a warrant is not required for a blood test, too, provided that the motorist is unconscious and, therefore, cannot consent to a draw or give a breath test. 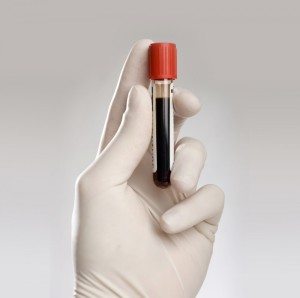 Usually, a warrantless blood draw is permissible under these circumstances, i.e., when the police have probable cause to arrest a driver who falls unconscious before providing a reliable breath test. The Court reasoned that the police cannot obtain other evidence of BAC when the driver is unconscious. Also, the police are likely to be engaged with important public safety tasks which should be prioritized over obtaining a warrant, such as rushing the driver or others to the hospital, or saving lives at an accident scene. Also, it is likely that a hospital would draw blood as part of ordinary medical care, so requiring a warrant would not prevent an unconsented blood draw, anyway.

Still, the Court warned that the police might still violate the rights of an unconscious driver subject to an unconsented blood draw when “the blood would not have been drawn if police had not been seeking BAC information,” i.e., when the draw wasn’t for medical treatment. And, when “police could not have reasonably judged that a warrant application would interfere with other pressing needs or duties,” i.e., when applying for a warrant would not have interfered with duties such as ensuring the health and safety of accident victims.

Someone else did the crime, I pay the fine ?

In Arizona, property owners can lose their houses, cars and other valuables when someone else uses the property to commit a crime.