Can Students Be Disciplined for Off-Campus Social Media Posts?

The short answer, yes! Even in a public university where the First Amendment gives student speech, especially political speech, tremendous protection, courts have upheld a university’s right to discipline students when their social media posts violate university policies. Courts also tend to routinely side with high school administrators enforcing social media policies meant to promote tolerance and combat cyber-bullying. However, even though schools can enforce social media policies, there are limits to a school’s ability to censor off-campus speech.

There are four circumstances where the Supreme Court determined that schools can regulate student speech, however none of these decisions specifically addresses online speech.

Are you a student, or parent of a student, facing criminal charges in Arizona? Let Michael Harwin protect your child's academic and professional future.

The lower federal courts have applied various tests to determine if schools can rightfully restrict off-campus speech and have applied these tests to social media postings in several notable cases. Some circuits consider whether there is a “sufficient nexus between the speech and the school”, while other circuits consider the “reasonable foreseeability that the off-campus speech would reach the school.” Here in the Ninth circuit, the Court considers whether the speech has a “close connection” with the school.

Central Lake College student, Craig Keefe, was expelled from the school’s nursing program for social media postings that the school deemed “unbecoming of the profession and (a) transgression of professional boundaries.” The postings included statements about using whiskey for anger management, his thoughts about giving someone in class a “hemopneumothorax” for continuing to use an electric pencil sharpener, and another posting where he called a classmate a “stupid b***h.” The 8th Circuit Court of Appeals held that the student’s First Amendment rights had not been violated and that the school had a legitimate educational purpose in teaching nursing students how to adhere to a code of ethics. 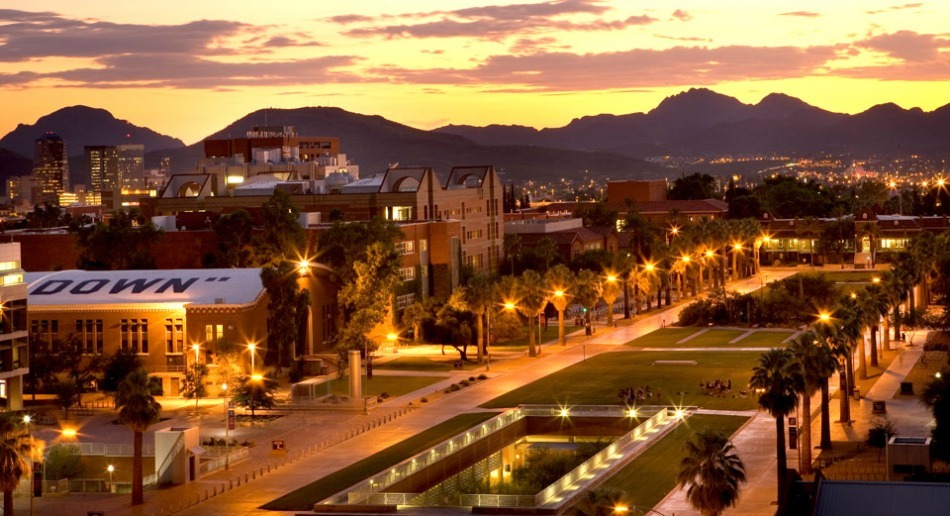 In another recent case, Shen v. Albany Unified School District, high school students were suspended from school for “liking” or following another student’s racist Instagram posts. In a motion for summary judgment, the U.S.Northern District of California Court held that the speech on the Instagram account was “school speech” because it targeted specific students and did create a material disruption at the school. However, the Court did hold that the students who had a more passive role, by just joining the page or making comments that were not highly offensive, could be within their First Amendment right of protected speech. Ultimately, these students not integrally involved reached a settlement with the school district.

In a case before the 10th Circuit Court of Appeals, a medical student at the University of New Mexico was suspended for expletive-filled anti-abortion Facebook posts. The school’s motion for summary judgment was granted but the Court did acknowledge the lack of legal guidance regarding on-line off-campus student speech, especially those in professional university programs.

While all of this speech is protected speech that would be unlikely to result in criminal consequences, depending on the relationship between the online postings and school activities, students should be aware that schools can legally enforce these types of policies through school disciplinary measures, especially when the social media posts could be construed as bullying or threatening to other students or faculty.

Students should also be aware that universities may deny admissions based on the contents of social media posts. In 2017, Harvard rescinded the admissions offers of 10 students that posted offensive memes in a Facebook group chat.

But its not just offensive speech that students should worry about. Social media posts can also reveal false information in a student’s college application. The University of Rochester rescinded admission for a student whose Facebook postings led to the discovery that she had submitted a false high school transcript. The young lady applied to the university as a homeschooler but she actually attended a private high school. She was busted when an administrator from her high school saw her posting that she had been accepted to the University of Rochester but the administrator noted that the high school had never received a transcript request from the university.

The Arizona state courts may have signaled a new willingness to intervene in campus sexual misconduct cases in a case called Doe v. AZ Board of Regents.

The Courts continue to grapple with the difficult question of fairness in university and college student discipline cases.

Can Students Be Disciplined for Off-Campus Social Media Posts?

Many of you who are under 21 may have questions about what happens if you get caught with a fake ID at the University of Arizona I have a few suggestions.