The Arizona state courts may have signaled a new willingness to intervene in campus sexual misconduct cases this past week in a case called Doe v. Arizona Board of Regents. Campus sex cases are fraught with controversy. On the one hand, Universities should provide a safe school environment and equal access to education. On the other hand, many worry that due process has been swept aside in a rush to condemn individual students and assure the public that something is being done. In the past, the courts often have been uneasy about second guessing the decisions of school administrators, even in this area. However, it appears that the Arizona Court may be joining a national trend in favor of taking a closer look at these cases.

What did the Doe Court decide? What are the implications for sex-related student discipline cases?

The Courts continue to grapple with the difficult question of fairness in university and college student discipline cases. 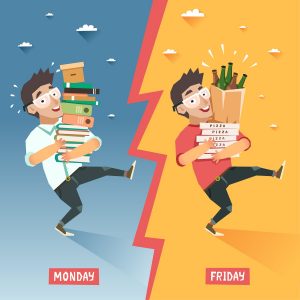 In Doe, Arizona state university expelled a student who was accused of nonconsensual sex with another intoxicated student. After a hearing and appeals in the University system, the ASU Dean of Students office determined that the accused student had violated the student code of conduct by engaging in sexual contact by “force” and knowingly engaging in sexual contact with an “incapacitated” person, i.e., one so drunk she was unable to give consent.
However, the state appellate court held that the evidence simply did not support these conclusions. No witness to the party immediately before the sexual encounter, other than the alleged victim, testified that she was asleep or passed out, stumbling, unable to communicate or had even slurred her words. As for the alleged victim’s own testimony, she also gave a detailed description of a lengthy sexual encounter to the police the next day (and told them she was “coherent” at the outset), including that she had asked the expelled student to not to take photographs and, later, to stop, and he did so. According to the court, these facts pointed only to the conclusion that the victim was not so intoxicated she was unable to give consent. As to the allegation of forcible contact, the court noted the lack of any evidence that the expelled student used force to the alleged victim to have sex, and rejected reliance on evidence about vigorous and painful sexual practices that were still consensual. The only sexual assault expert to testify said that the victim’s injuries were consistent only with consensual sex.

What does this mean for campus discipline cases going forward? Probably that at least some judges on the Court of Appeals are uncomfortable with the turn that Title IX enforcement has taken on Arizona’s college campuses. The Court gave short shrift to the evidence supporting the alleged victim and hinted that it believed she simply regretted a drunken sexual experiment. The Court showed little deference to educational authorities and, instead, lambasted them for taking the victim’s “bare” allegations at face value. Indeed, perhaps the fairest reading of Doe is that the Court believed ASU had not conducted its Title IX proceeding impartially, i.e., that the University had sifted through the evidence and seized on whatever it could find to support a pre-determined outcome.
Doe could be important for campuses across Arizona, where the Student Code of Conduct applies and difficult Title IX cases proliferate. Time, and additional cases from the courts, will tell.