Last time you and I spoke about Arizona’s two new expungement style laws: First, ARS § 36-2862 allows true expungements of prior convictions for simple marijuana possession(s). As I may have mentioned, the passage of §36-2862 marks the first time in the hundred years of Arizona State history that an adult criminal conviction, properly obtained, can be erased from the books, any remaining court and police records burned. It is truly, at least in my rudimentary thinking, a remarkable, especially given our state’s political history, and monumental step forward, our legislature pulled along by the national current trending downstream toward criminal justice reform. And while Arizona has been a legislative late-comer, comparatively, at least they are have their toes in the water. A big bicameral Bravo to you Mr. House Speaker Rick Bravo ® and to you Mr. Senate Majority Leader Russell Bowers ( also ®), for your collective foresight and compassion in this choleric time of State governmental trifecta.

Arizona has one of the highest incarceration rates in the United States and remains out of step with sentencing reform trends across the country. 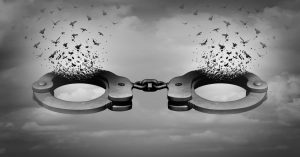 When I say “eventually,” I mean that this particular legislative piece de resistance does not take effect until 2023— you read that right—this particular provision isn’t available now and won’t be until after the 2022 November mid-term elections—In other words hold your horses– and for you damn liberals pray the federal house and senate don’t flip again– you can’t file your petition to seal your records under Arizona’s new ARS 13-911 until the ball drops on January 1, 2023- even if you are a card-carrying and tee-totaling libertarian.

Why such a long fuse on such an important piece criminal justice reform? Yo no lo tengo la pinchi idea. But, again, ahem, it’s another step, Arizona style, maybe a little bronzed-shoed , and maybe a little Hegelian in nature.

But today I report to you some fresh good legislative news hot off the press: As of September 29, 2021 ( one of the first eighty degree days of Fall in Tucson mind you) all the way from the big beautiful wall, up to our polygamous pockets on the northern strip, a third reform provision took legal effect, this one allowing a person convicted of many if not most offenses to apply for not just a set aside, but a special judicially awarded “Certificate of Second Chance.”

And it’s this new “Certificate of Second Chance”—a totally foreign concept in Arizona– that I’ll talk to you about today. I’ll try to walk you through it—and hopefully give you a few pointers, and maybe show you a little about how and why it might be effective for your past conviction.

The core mechanism ticking inside this provision provides not only can a person’s prior conviction to be set aside, but that total rehabilitation therefrom be judicially certified. Upon affirmative petition and judicial findings, the certificate of second chance is theoretically available even for many serious class two felonies. The net effect of judicial certificatory conferrence is that effectively certain statutory barriers to holding professional license under Arizona law (read nursing and other medical professions, teaching, childcare), can be eliminated.

Moreover, the same statute, ARS § 13-905 also by internal mechanism seems to secondarily encourage employers and landlords alike—who it appears to be primarily directed at– to accept with open arms convicted applicants like you for work or housing, by protecting them from lawsuits they might incur if they hire or house you—in the event you do something bad—effectively limiting their liability under § 12-558.03 ( a provision in itself designed to limit employer and landlord liability). In other words the statute shields them from certain tort claims arising from your bad conduct-including those related to “negligent hiring”: For example in the event you are a druggie on the job, or deal crystal meth out of your apartment and one of your customers OD’s on the landlord’s stairs, they’re protected. Human Resources Departments and Apartment Applicant clearing houses from Nogales to New River will now rejoice. But let’s be honest here : The labor and landlord language of ARS 13-905 is hortatory, at best. Now I’ll repeat the mantra– which I’m, tired of: This represents another size 2 legislative step in the right direction.

And now for the bad news I’ve been withholding from you all these paragraphs: There’s lots of other painfully obvious built-in limitations to ARS § 13-905:

For example, pursuant to ARS § 13-905, your record of conviction still exists, and is readily available and can be found with the press of a button by nearly any prospective employer or landlord, now matter how technically challenged. No, it’s not as if your conviction simply disappears and you can always answer the black box question “no.” Au contraire Pierre.

Renting: An Eviction Law with Teeth

An often hidden consequence of drug and other offenses that occur on rental premises is the immediate eviction of the renter, even before a conviction.

Renting: An Eviction Law with Teeth

What’s far worse, for the tens of thousands of you who need Arizona Fingerprint Clearance Cards for your jobs (teaching, childcare, home health aides, veterinary technicians, athletic trainers, real estate agents, and dozens of other jobs and professions to name a few ), (you know who you are out there) § 13-905 carves out a gapingly large hole into which you fall: By explicit exceptionary language contained in ARS § 13-905, DPS and the Board of Fingerprinting can still deny you your FPC card, entirely on the basis of your conviction notwithstanding your brand new seal of approval.

So be aware, especially you doubly- regulated professional folks– the army of you of teachers, you nurses, and all of you real estate agents– that although the certificate of second chance supposedly eliminates the “barrier” to your occupational licensing, it doesn’t do anything for your Fingerprint Clearance Card, which is actually a primary and often secondary occupational license in disguise.

Moreover, be aware that for some fairly serious violent victim-damaging offenders—and I hope you’re not one of them—particularly those convicted of certain aggravated assaults, and a variety of heinous sex offenses, the certificate of second chance does not apply to you.

So how helpful is this “certificate of second chance” actually going to be in the end? Hard to say. But remember this (here it comes again): the law progresses in often frustratingly small footfalls, and often only after the shoes are long outgrown, and often only after years of childish gnashing of legislative teeth and wringing of legislative hands.

In short, the Certificate itself falls far short of actual expungement, and nearly as far short of sealing the record, but it sends a smoke signal to the world: You’ve done everything that was asked or required of you by the judge, you’ve got your rights back, you’ve paid the price– so much so that a judge has officially declared that you are hereby redeemed. Yes, the certificate of second chance you might say, falls somewhere between the diploma the wizard awarded the scarecrow, and the actual sealing– much less burning– of your criminal records, (which is what you really want, admit it) but to labor markets and landlords, it means that you’ve at least got a judge’s- if not that of Hashem Himself– Good Housekeeping™ seal of approval. You are now fit to be duly employed and comfortably housed.