So, we all know at this point that if you have a conviction for simple or felony marijuana simple possession in Arizona, you can now do something about it. July 15, 2021 is when the rush to the courthouse started. If you haven’t heard the news yet, this article might be helpful.

But even if you know about the marijuana expungement law, yu probably what you still haven’t heard is that there’s another new provision: In theory, if you have an old Arizona conviction for nearly anything except violent or sexual or some firearms offenses, there’s something you may be able to do about in the next 18 months. It may not be gone completely, but it could be sealed. For you folks, I am pretty sure this article will be helpful. Finally, if you have an arrest record popping up, even though the charges were dismissed, this article might also be a little helpful.

You see, two things happened in the last twelve months in Arizona that’s undeniably good news: First, as of five weeks ago, a person can now petition the court where she was convicted for expungement of marijuana possessory user-quantity type offenses under ARS § 36-2862. The Superior Courts of the various counties have in light of this set out easy to download template petitions online And the State Supreme court has their own web page on it. The process is ostensibly simple: Just follow the instructions and fill out the paperwork. Mind you, the language of the statute seems to limit this opportunity to possession, and transportation and use convictions only — it seems to unfortunately omit “for sale.” And “intent to sell” and “sell” convictions. So for those of you with “for sale” marijuana felonies, take note: If you file your petition anyway, the State has thirty days to object. A judge on his own could read the statute to eliminate dealing type cases. It’s a brave new world. 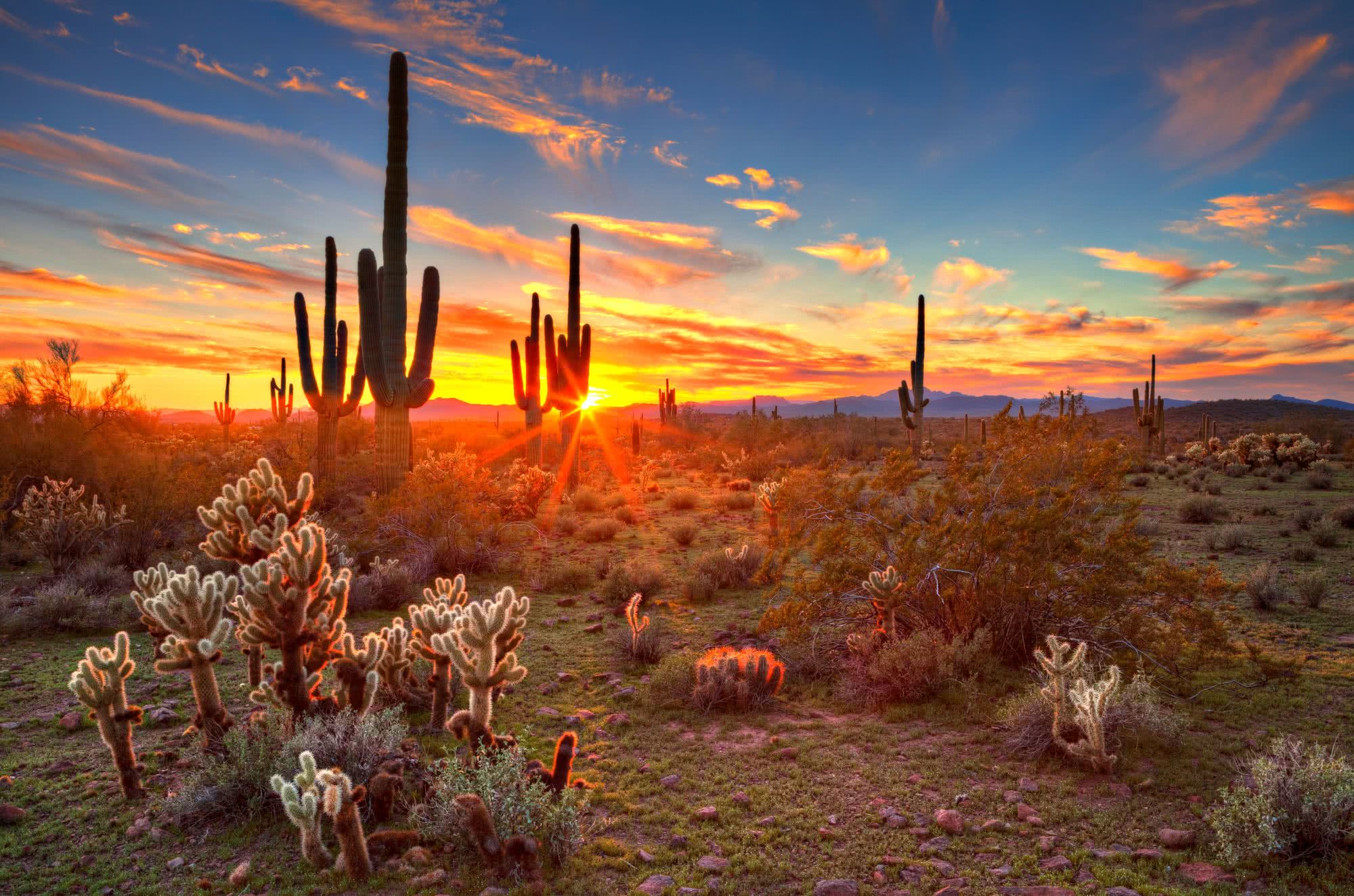 Remember also, this one is intended for user quantity cases only: Two and a half ounce of leaf is the max — or twelve and a half grams of wax. Those of your with load cases of commercial ragweed or bulk hydro, keep reading.

All hope is not totally lost, even for you “for sale” folks. During the same one year period, in anno domini 2020-2021 the Arizona legislature in its new-found institutional wisdom passed yet another criminal justice reform provision, one which hasn’t received nearly the attention of the marijuana expungement provision: ARS § 13-911. It’s a sort of thread the eye of the needle provision, but it can help.

This sort of overlooked new provision is one that on its face seems to be allowing virtually everyone but violent and sexual offenders, after a certain waiting period mind you, to petition to have their criminal records sealed. Some of it will still be disclosable, for certain job application purposes, including for you druggies, but it sounds like the records can’t be found in a background search. Now that’s not quite the same as “expungement” is it? It’s sort of a complicated provision where the exceptions seem to swallow the rule, but it’s still going to be useful. A little background:

In early July of 2021, in the closing days of the session, the Arizona legislature passed a sort of confusing measure that in theory allows non-violent non-sex offender John Q. Publics to “seal “ their adult conviction records. SB 1294 (55th Leg.) By “seal” they mean, the record is not available to the public. And low and behold it was approved, and signed by the Governor on July 9, 2021. So for those of you who aren’t Ducey fans– he’s done a few decent things, and this is one of them, even if it’s a small step forward after two steps back (he vetoed another criminal justice reform bill a few months earlier—in April– that one dealing with “justification” defenses—but that’s the subject that I’ll bitch about on another day. Today we celebrate, albeit, with a measure of caution). 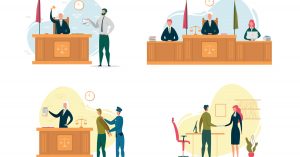 Mind you, until July 9, 2021 Arizona was the only state in the country that still had no “expungement” type provision that would at least limit access to none-conviction police and court records: Read: arrested but charges dismissed, through police overreach, defendant innocence or luck, good lawyering or prosecutorial discretion, mercy, or diversion. And Arizona was surely behind the eight-ball on sealing convictions for felonies and misdemeanors. We were, in fact. one of only a handful of States who had nothing like it. Way behind. We’re talking antediluvian.

In fact up until six weeks ago there were basically no expungements for criminal convictions, or even arrests that resulted in dismissals in Arizona with two limited exceptions: Yes, a person could apply for a “set aside” under ARS section 13-907 but that’s largely meaningless at least IMHO, or a person could do something occasionally worthwhile and petition a court pursuant to ARS 13-4051 for an order of “entry” on records. But neither of these were truly effective, close to expungement. The former, the section 13-907 set-aside is really nothing more a certification of “rehabilitation”—with a judge’s signature on it–the conviction is still there and can be used for a variety of purposes. The latter is reserved for those cases where you are prepared to prove and do prove that the initial arrest was illegal. Based on nothing.

But now, lo and behold, the legislature in a groundswell of justice reform, as a bi-partisan organ, passed, and the governor signed what seems at first blush like a new sweeping justice reform law: ARS § 13-911.

Yet when we look at the fine print our enthusiasm is tempered. Let’s take a look:

First, the good: In a nutshell, the court and the police and the prosecutor seals and segregates “all case records” yes “all case records relating to the petitioner’s arrest, conviction and sentence.” This includes those generated or maintain by both the court and the Department of Public Safety (the State police) and the prosecutor. Where does this get you.

And the kicker is in some cases you even get to say you’ve “never been arrested! Here’s—the heart of the provision– section 13-911 (H)(5):

A person whose records are sealed … may state, in all instances, that the person has never been arrested for, charged with or convicted of the crime … including in response to questions on employment, housing financial aid or loan applications unless any of the following applies …

Yes, so that means, or seems to mean that you can answer “no” on the black box question. But not so fast. There’s a couple of built in catches::

First, as to the carte blanche to say “never” been arrested. Check out these limitation: You can’t answer “never been arrested …” if it was (1) a child abuse case and you want to work with kids or (2) a DUI and you have to drive for work, or (3) a crime of dishonesty and you’re applying for a job involving dealing with someone else’s money, (4) or it’s a burglary or theft and you’re applying for a job that involves being inside someone’s else’s house (plumber, electrician, HVAC dude, etc

But here’s where the wheels wobble : According to the section H, alrhough you can seal, but you can’t say “never’ on the job application if it was a “chapter 34” ie drug conviction.

Second, like I tried to make clear above this new provision does not apply at all to serious violent offenses, sex offenses, and some offenses involving firearms or injury to another.

Third, the law doesn’t go into effect until January 1, 2023—yes you read that right. Eighteen months down the line. No one has printed the forms yet.

Fourth, there’s pretty long waiting periods, depending on what you’ve been convicted of, until you can petition to “seal” —and the time starts to run after discharge from probation (if there was any), and all restitution and fines you paid, Ten Years for Class Two and Three Felonies; five years for class Four, Five, and Six Felonies; three years for Class One Misdemeanors; one year for Class Two and Three Misdemeanors .See ARS 13-911.

And if the person has a certain kind of prior, known as a prior historical felony, it’s another five years, piled on that.. So you could be receiving social security by the time you get this petition approved by the court.

Fifth, prosecutors can still use the conviction as a “prior” to enhance your sentence, if you get arrested yet again. In sum, it might seem li, exceptions to 13-911 seem in a way to virtually swallow the rule.

But alas, it’s still something. You might just be in luck, and maybe some day be able to avoid the “black box” questions that have been haunting you ever since you were sentenced.