On December 23, 2015 the Ninth Circuit Court of Appeals authored a decision in United States v. Xochitl Cisneros-Rodriguez holding that if an Immigration and Customs Enforcement (ICE) agent erroneously advises an uncounseled alien in an administrative removal proceeding that an attorney will “not be able to help you,” any waiver of the right to counsel based on that advice is invalid. 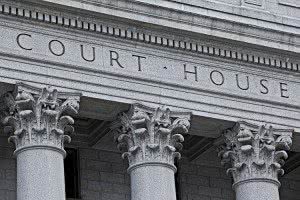 Additionally, the panel held that the ICE agent’s actions were in violation of the defendant’s Fifth Amendments rights of due process, when he advised Cisneros-Rodriguez, that an attorney would not have been able to help her, despite the fact that she may have been eligible for a U-visa, a form of hardship relief available to a person convicted of an aggravated felony.

Cisneros-Rodriguez was brought to the U.S. as a child, and lived here, undocumented, for most of her life, the order said.  She was placed in administrative removal proceedings, which are conducted by ICE agents, not judges, after she pled guilty in 2009 to two counts of possession of a controlled substance for sale.

According to Law360, Cisneros-Rodriguez testified that during the proceedings, the ICE agent told her that “an attorney could not help her” because she had been convicted of an aggravated felony, which is grounds for deportation.  She was subsequently ordered removed.

One year later, Cisneros-Rodriguez was charged with illegal reentry when she returned to the United States.  She asked a California federal judge to dismiss the indictment on the grounds that her 2010 removal order wasn’t fair because her due process rights had been violated.  The district court refused and she was convicted of the illegal reentry charge.

The opinion concluded, “[w]e therefore reverse and remand with instructions to dismiss the indictment and vacate the conviction.”