Immigration law is full of confusing jargon and seemingly contradictory statutes. One confusing concept is that of “inadmissibility.” On its face, inadmissibility would seem to mean that one who is ineligible to be “admitted” to the U.S. is “inadmissible,” but this term also applies to aliens within the U.S. who have committed one of a number of offenses. In other words, you do not have to be seeking admission or denied admission, once you have committed a qualifying offense, you are “inadmissible”.

In a recent case, Barton v. Barr, SCOTUS clarified that a legal permanent resident alien can be physically in the U.S., commit a criminal offense, and still be “inadmissible,” even if no immigration authority makes the formal finding of inadmissibility. During oral arguments, Justice Alito offered an analogy which sums up the way the statute works, unpoetically likening inadmissibility to a rotting fish; musing that just as rot makes a fish inedible whether or not someone tries to eat it, certain criminal convictions render an alien inadmissible, even if the alien never leaves the U.S. and no immigration official ever makes a formal finding of inadmissibility.

What is Cancellation of Removal?

Why does this matter? Cancellation of removal is a form of relief available to an alien facing deportation that has resided in the U.S. for a long period of time. While cancellation of removal is available to non-permanent residents, a non-permanent resident must also show that their removal from the U.S. will result in “exceptional and extremely unusual” hardship to the alien’s spouse, parent, or child, who is a citizen of the United States or an alien lawfully admitted for permanent residence. The bar for establishing this level of hardship has become increasingly difficult, often limited to only true life or death scenarios. However, if the alien facing deportation is a permanent resident, as in Barton v. Barr, the alien only has to demonstrate that the alien: 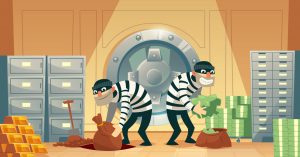 But there is a catch to meeting the criteria for residing 7 years continuously in the U.S.; you must initially reside in the U.S. for 7 years continuously without committing an offense that renders you “inadmissible” or “deportable.” Most circuits interpreted this to mean that if you commit an offense during that first 7 years, but are facing removal, for example, 14 years later for another offense, you will still not be eligible for cancellation of removal. However, until now, the 9th circuit interpreted the statute to mean that if the offense is not the same one that resulted in the alien’s removal, then the offense didn’t interrupt the 7 years of continuous residence and the alien would still be eligible for cancellation of removal.

How Does Barton v. Barr Change Cancellation of Removal Eligibility in the 9th Circuit?

Here, Mr. Barton had been a permanent resident of the U.S. for 12 years, and had not been convicted of any aggravated felonies, as defined by immigration laws. In 1996 he was convicted of aggravated assault, then in 2007 and 2008 he was convicted of drug charges that rendered him “deportable.” He applied for cancellation of removal, thinking he met the criteria, but the BIA and the 11th Circuit court denied his request for relief because during his initial 7 years of residence he had been convicted of aggravated assault, which is one of the offenses that makes one inadmissible. However, at the time he committed that offense in 1996, he was not deported nor found inadmissible by an immigration official and was allowed to remain in the country. In his recent immigration hearing, the immigration judge did not cite the 1996 charge as one of the grounds for removal, only citing his 2007 and 2008 drug charges. In the 9th circuit, this would have meant that he would be eligible for cancellation of removal.

By taking this case, SCOTUS resolved the circuit split, explaining that if an alien was convicted of an offense, that would result in inadmissibility, and the alien committed the offense during the first 7 years in the U.S., that inadmissible offense sticks with the alien forever, even if the alien was never denied entry for the offense and/or an immigration official never made a formal finding of inadmissibility or whether the offense was specifically listed as grounds for the alien’s current removal order, so that the alien would remain permanently ineligible for cancellation of removal. The reasoning being that this is a statute meant to punish recidivism and that this interpretation is in line with the Congressional intent of the statute.

The opinion goes on to dissect this statute and the differences between being inadmissible and subject to removal, as it pertains to legal permanent residents. The important takeaway, is that the Court reiterates that inadmissibility is really a legal term that refers to a list of offenses in 8 USC 1182(a)(2) and that if an alien commits an offense that falls under USC 1182(a)(2), the alien is inadmissible, regardless of an alien’s physical location or whether any immigration official ever took action to make a formal finding of inadmissibility. Any immigration benefit that excludes inadmissible aliens would be unattainable if an alien is convicted of one of these offenses.

These types of SCOTUS opinions, while dense, are of particular importance to criminal defense attorneys, who are obligated to advise their clients of the immigration consequences of a guilty plea. Understanding inadmissibility is also critical for criminal defense attorneys who represent any non-citizen client who plans to have any future visits to the U.S., as many of the crimes that render an alien “inadmissible” will result in permanent visa ineligibilities, even if later expunged from an alien’s record. In reality, there are immigration consequences of some kind to almost any criminal conviction, regardless of whether the conviction results in inadmissibility.