Last time we talked about certain kinds of questionable DUI stops, predicated on so-called “equipment violations.” We focused on a variety allegedly non-working or malfunctioning or otherwise “violative” lighting: Headlights, taillights, brake lights, and license plates lights. We concluded that when the police are wrong on the law—i.e., the stop is based on the wrong police assumption that a vehicle needs two working brake lights in Arizona, for example, (28-925) the whole case on a good day with a good judge and some good luck may be thrown out.

ARS § 28-2354 requires that each vehicle in Arizona have one license plate, on the rear, clearly visible and that the registrant shall not apply a “covering” or “substance” that “obscures” from “any angle” the numbers, letters, validation tag, and issuing jurisdiction.

If you’ve been stopped and the only reason given for the stop is “license plate cover” you should think carefully about it. All license plate covers are translucent, and our experience is that it is sometimes doubtful that the numbers were illegally “obscured.” The attorney would first want to interview the stop officer and query how far back he was when he saw it—clearly at some point he read the plate because he would have called it in to see if it was valid.

Contrary to what some police officers believe, Arizona law does not prohibit you form hanging an air freshener, parking pass other placard from your rear view mirror. Ars § 28-959.01(B) requires only that objects not be placed that would “obstruct[] or reduce[] a driver’s clear view through the windshield or side rear windows”

And less recently, in the 9th Circuit, in a case almost directly on point, the defendant was stopped by Alaska police because he had a handicapped placard haring from the mirror. See United States v. King, 244 F.3d 736 (9th Cir. 2001). Police cited an Arizona statute to Arizona’s. Crack cocaine was found in the defendant’s pocket. Kind of a big deal. Id. The 9th Cir. Held that there was no reasonable suspicion for the stop because the placard did not violate the Alaska Traffic Code. The crack was “suppressed.”

Now for the proverbial “dark tint” reason.
ARS § 28-959.01(A)(6) provides that “side windows that are to the rear of the driver and the rear windows that have a substance or material in conjunction with laing material that has a luminous reflectance of thirty-five percent plus or minus three percent or less” are legal, but darker tint is not.

How in the world is a person supposed to know if their tint is too dark? Good question. Better be pretty conservative because even though the police don’t know, they rely on that ignorance to justify stops. For example in a recent case, the police pulled over a suspect vehicle on suspicion of a window tint violation. State v. Moreno 236 Ariz. 347 (App. 2014). It turned out that the tint was just on the edge of being legal. Id. On appeal, the court upheld the stop by reasoning that the officer’s mistake “of fact” was reasonable (he had the law right according to the Court of Appeals).

Moreover, police will on occasion (when the shoe fits) rely on their non-law enforcement function known as “community caretaking function.” This applies to things like, callers in distress, disabled vehicles, cats in trees, and the like. The law says that it is totally divorced from the criminal investigatory function, and courts in the past have been loathe to let officers transmogrify a ‘community caretaking function “check welfare” stop into a criminal investigation unless the criminal conduct is readily apparent. 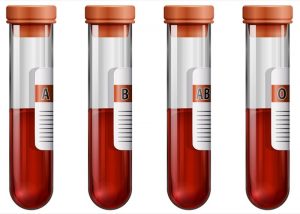 But at least one Arizona court recently stretched the “community caretaking” doctrine to it’s absolute limits. In short, police stopped Becerra for only having one taillight. See State v. Becerra 231 Ariz. 200 (App. 2013). This case seemed a perfect example of the rule of State v. Sikes, that because 28-925 requires only one taillamp there would be no violation. See above. But the court stretched the doctrine to a contortion holding that, even though there was no “violation” to justify the stop, the stop was justified because one headlight is a “danger” to other vehicles—the officer was motivated by “public safety or community welfare.”

Finally, we get to my favorite subject: Splash Guards. When all else fails police occasionally resort to this little chestnut: ARS § 28-958.01 requires that pickup trucks with a “modified raised bumper height” (in other words “lifted)” must have “splash guards.” Moreover, they must be no higher than eight inches from the ground, and be wide enough to cover the tire tread.

But at least one Arizona court finally said “enough is enough.” In State v Stoll, police stopped an SUV for a purported mud flap violation. 239 Ariz. 292 (App. 2016) Observing that the SUV was not lifted, that the officer was mistaken about the law, that there was no violation, and because that was the only reason for the stop, held there was no reasonable suspicion and threw the case out.

Well, there you have it. In the annals of sketchy DUI stops, license plate covers, rear-view placards, window tinting, and mudflaps, are right up there. I hope this helps.

This article will cover a few basic initial thoughts for licensed healthcare professionals in Arizona, who are charged with misdemeanor DUIs.