On October 20 2015 in a 54 to 45 vote, the Senate blocked S 2146, the Stop Sanctuary Policies and Protect Americans Act, from advancing to the Senate floor. 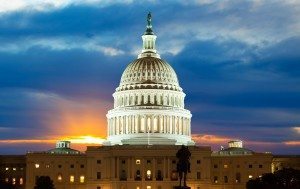 We all know California as one of the most progressive states in the Union. Last week, the state burnished its reputation when Governor Jerry Brown signed a triptych of immigration bills, the first of which removed the word “alien” from California’s legal code because, according to the L.A. Times, “it is seen as a disparaging term for those not born in the United States.”

In the third bill, California made it improper to consider a child’s immigration status in determining any liability or remedy in a civil lawsuit.