Can I Get a DUI in Arizona for Driving After Using Kratom?

There are several new “kratom” cafes and shops in Tucson. Before you try out one of these new places, you should know that if you are under the influence of kratom and your driving is impaired, it is possible to get a DUI or reckless driving charge in Arizona.

Kratom (Mitragyna speciosa) comes from the leaves of a tree that grows in Southeast Asia. It is not on the DEA list of controlled substances, but it is illegal to possess in some states and in some other countries. It is currently legal in Arizona, but Gov. Doug Ducey recently signed the Kratom Consumer Protection Act, which prohibits the sale of kratom to individuals under 18.

Kratom is sold in capsule form but is also served in teas and coffees. The FDA released a statement warning that there is no evidence that kratom is an effective treatment for any medical condition. The FDA also warns of the potentially lethal side effects of kratom, especially when combined with opioids, other prescription drugs, or alcohol and there have been 91 deaths in the U.S. associated with kratom use.

Kratom is not an opioid but it is sometimes used to self-treat opioid addiction and chronic pain. It is also used recreationally, as it can produce both sedative and stimulative effects. For this reason, kratom use can impair your driving.

The so-called “Ambien defense”, while not new, has been in the headlines recently because Roseanne Barr blamed the drug for her racist tweets. 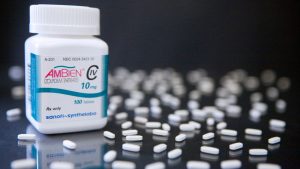 What Charges Could I Face If I Am Caught Driving After Using Kratom?

Would Kratom Show Up if Police Tested My Blood?

It is possible to detect kratom in a blood test, but whether or not your blood will be tested for kratom depends on what kind of blood test the police department requests. Since kratom is a legal substance and there is no set level at which a person is considered impaired, the presence of kratom in your blood, combined with your driving behavior, could be enough for you to be convicted of DUI. An experienced DUI attorney can review the results of your blood test and determine whether your blood was tested for kratom and if so, how much was present in your system.

Persons driving after legally smoking medical marijuana are nevertheless “presumed to be under the influence” under Arizona law.

The consequences of an impaired driving conviction can be devastating and it is never a good idea to drive after ingesting a substance that could alter your ability to react to situations while you are behind the wheel, even if the substance is legal.