Since the passage of the Arizona Medical Marijuana Act (AMMA) in 2010, we have seen a sharp increase in DUI-marijuana arrests. The potency of modern dispensary marijuana, greater than commercial grade, may be a factor. This article will clarify the current state of Arizona DUI-marijuana laws.

In Arizona DUI-marijuana cases, police test blood for both the level of active THC, and the level of a non-impairing THC metabolite, which can last for up to 30 days. Police also charge two DUI separate offenses, which I discuss below.

Ninth Circuit: Religious Freedom Not A Defense For Marijuana Charges

The Ninth Circuit affirmed the conviction of two ministers of the “Hawaii Cannabis Ministry” for violations of the Controlled Substances Act (CSA). 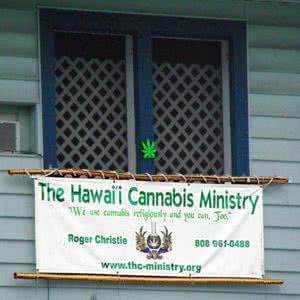 Ninth Circuit: Religious Freedom Not A Defense For Marijuana Charges

Arizona has long included not just alcohol, but any impairing drug, legal or otherwise, as a basis for conviction. This means, for example, even if you have a valid prescription for a drug such as Xanax, you could still be found guilty of DUI in Arizona, if the prosecutor could convince a jury that you were “impaired to the slightest degree,” in your ability to drive. See A.R.S. § 28-1381(A)(1). And this is true of prescribed medical marijuana, as well.

However, Arizona law also contains a distinct provision that does not require the prosecutor to prove any impairment. Rather, pursuant to A.R.S. § 28-1381(A)(3), it is also illegal to drive, even if not impaired, “while there is any illegal drug,” or it’s metabolite in the person’s body. Note, however, that a current valid prescription for drugs, except medical marijuana, is a complete defense, A.R.S. § 28-1381(d)(“using a drug as prescribed by a medical practitioner…”). This means, for example, in the case of Xanax above, although a person could be guilty of driving while “impaired” to the “slightest degree,” if the same person has a current valid prescription for Xanax, and using the drug as prescribed, he cannot be guilty of A.R.S. § 28-1381(a)(3).

Although §1381(d) provides a complete defense (the “prescription defense”) to 1383(a)(3), Arizona courts have carved out a special exception for medical marijuana. A few months ago, in Dobson v. McClennen, 238 Arizona 389, 394 (November 20, 2015), the Arizona Supreme Court held that in medical marijuana DUIs, the defendant must prove (it’s called an “affirmative defense”) that he had so little marijuana in his system, that it was not impairing, even if he has a valid prescription. 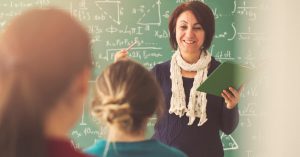 This means, as a practical matter, a medical marijuana patient charged with DUI must bring an expert to testify, and indeed prove that the amount of marijuana in the persons system was not impairing.

In Colorado, for example, which has legalized both medical and recreational marijuana, the legislature set a presumptive limit of five nanograms. That has not yet been done in Arizona. But because the modern dispensary marijuana is comparatively potent, this may be problematic. Moreover, the expense and difficulty of locating an expert who will testify that the amount of marijuana in the defendant’s blood was not impairing, will, in my view, be difficult in some cases.

Finally, a person cannot be guilty of driving with illegal marijuana metabolite only, § 1381(A)(3), in any case, unless there is some indication that the metabolite is “impairing.” See State ex rel. Montgomery v. Harris, 237 Arizona 98, 104 (2014, holding that tetrahydroxy, the marijuana metabolite alone, which does not cause impairment, cannot alone be the basis for a violation of A.R.S. §28-1381(A)(3).