On May 27, 2016 the American Civil Liberties Union (ACLU) lodged a formal complaint with the U.S. Department of Homeland Security, calling for an investigation into “unchecked abuse” at the southwest U.S.-Mexico border.

The complaint outlines thirteen specific instances of abuse.  Among the most striking are those concerning an eleven year old boy who allegedly had his arm fractured by CBP agents; numerous Legal Permanent Residents who allegedly were coerced into signing documents they could not read; and a 59 year old woman who was allegedly kicked during a strip search when she did not open her legs wide enough. Id.

10 Ways for University Students to Prepare for Their U.S. Student Visa Interview

The student visa interview can cause anxiety for many prospective students. The truth is, the U.S. government wants to approve student visas. 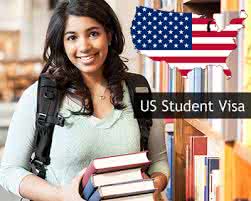 10 Ways for University Students to Prepare for Their U.S. Student Visa Interview

The ACLU demanded that DHS, “end the systemic abuse documented here and in several reports, CBP must make significant changes in its training, oversight, and accountability measures. To prevent further abuses, we urge you to make changes consistent with your institutional mission.”

DHS has not commented.  However, at the close of a recent internal investigation into employee behavior CBP noted that the agency is moving “toward a more transparent and accountable approach to enforcement and workforce integrity, while protecting the public and the men and women of CBP.”