There are clear rulings from the Courts regarding the responsibility of defense attorneys to inform their clients of the potential immigration consequences of a plea deal in a criminal case, and a slew of cases where the Court made “ineffective assistance of counsel” findings under these circumstances. Still, there have not been as many precedent cases clearly addressing errors made by immigration attorneys in immigration cases. Last week, the 9th circuit ruled in favor of an applicant for permanent residence in Peters v. Barr, who was caught in a 14-year-long “bureaucratic nightmare” due to the action (and inaction) of her immigration attorney, back in 2006.

Lower Courts Ruled No Exception Because Error Made by Attorney, not USCIS

In the early 2000’s Ms. Peters, a British citizen, was working in the U.S. as a skilled worker on an H1B visa. Her attorney filed for an extension of her visa, but there were two supplementary forms missing from the packet. USCIS denied the initial application and sent a request for the missing forms. Ms. Peters’ attorney assured her that he submitted the missing forms to USCIS in a timely manner. Meanwhile, Ms. Peters’ employer filed a petition for her to receive a green card. USCIS approved that petition. Since Ms. Peters’ was already in the U.S. working on a work visa, she filed for an adjustment of status, but this was denied because USCIS claimed she had been unlawfully present in the U.S. for more than 180 days. 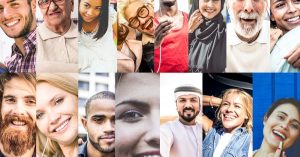 Adjustment of status allows an alien, who is in the U.S. in a lawful non-immigrant status, to change to permanent resident status without leaving the U.S. Otherwise, an alien must go back to their home country for consular processing and this extended absence can be very inconvenient for someone who is already working legally in the United States. Additionally, many people who are adjusting status already have a family in the U.S. and could face an extended separation for consular processing, so adjustment of status has a lot of advantages. But, in order to qualify for adjustment of status from a skilled worker visa to permanent residence, the applicant cannot have been out of lawful status for more than 180 days.

Here, Ms. Peters was surprised to receive a denial because she definitely thought she was working in the U.S. legally on her work visa, but USCIS claims the missing forms that were needed for her extension were never received and therefore her extension of her work visa was not approved and she was unlawfully present in the United States.

The law does provide that if an alien is unlawfully present “through no fault of his own”, the alien is still eligible to adjust status. Here, the Immigration Judge (IJ) and the Board of Immigration Appeals (BIA) determined that Ms. Peters did not qualify for the exception. Her attorney was unable to produce a copy of the corrected application or any proof of mailing and therefore the IJ determined that her attorney never sent the corrected application to USCIS. The “no fault of your own” exception, up to this point, was narrowly reserved for cases where the inaction of USCIS caused delays which resulted in the alien falling out of status, and a few other very narrow exceptions which did not apply. Here, both the IJ and the BIA reasoned that the since error was made by Ms. Peters’ attorney, and not USCIS, she did not qualify for any of the exceptions and therefore did not qualify to adjust status.

The 9th Circuit Court agreed with the IJ and BIA’s factual finding that it was likely that the attorney did not file Ms. Peter’s corrected extension application, even though the attorney maintained until his dying day that he did indeed file the application. But, unlike the lower courts, the Court reasoned that because it was reasonable for Ms. Peters to rely on her attorney’s assertion that he filed her extension, she should not be penalized.

Ninth Circuit News You Can Use

In the last few months the U.S Court of Appeals in San Fransisco has issued several decisions that are particularly helpful to us down here in Arizona.

Ninth Circuit News You Can Use

The Court came to this conclusion by examining the dictionary meaning of “fault” (the blame or responsibility for causing or permitting some untoward occurrence) and the plain meaning of the phrase “of his own” (meaning personally responsible), and applying that logic to Ms. Peters’ situation. The Court reasoned that because immigration law is so complicated, Ms. Peters diligently did her best to maintain a lawful status, and relied on her attorney’s word that she was in lawful status, she could not reasonably be held personally responsible and through no fault of her own, she found herself in unlawful status. The Court went on to say that if a person relies on the erroneous advice of an immigration attorney, whose job it is to know this complicated area of law, and that advice results in the person failing to maintain lawful status, then the person should not be penalized, at least in the context of adjustment of status. Quoting an opinion in an out of district case, the Court stated, “Given that immigration law is nearly impenetrable for a lay person and at times is uncertain, a reasonable and good faith reliance on the advice of counsel is a permissible basis for concluding that an alien was not at fault.”

The Court did mention another analogous 9th district case, Monjarez-Munoz v. INS, where the alien’s attorney erroneously advised his alien client to go to Mexico, the day before the client’s hearing, and re-enter in order to “validate his visa.” The client relied on the negligent advice, was detained at the border, and missed his hearing. The Court reasoned that this was an exceptional circumstance beyond the alien’s control, which justified the alien’s failure to appear.

Someone else did the crime, I pay the fine ?

In Arizona, property owners can lose their houses, cars and other valuables when someone else uses the property to commit a crime.

Former Informants Are Not Protected Group

On September 26th, 2015 U.S. District Judge Dolly M. Gee granted final approval of the settlement in Franco v. Holder, paving the way for previously deported immigrants with severe mental disabilities to request to reopen their cases in Immigration Court, and if approved return to the United States.

The defense attorney has an affirmative duty to properly advise. It is not enough to say it is a “possibility” under those circumstances.