Last time we spoke about Speedy Trial rights under Arizona law, and how Covid has affected them. Today we are going to talk about other rights, the rights you have to “prompt” “timely” “disclosure” of basic materials—your police reports, the results of any chemical testing of bodily substances, photographs, videos, audio records and a host of others. Today I’m going to focus on videos, photos, and audio recordings because they are ostensibly readily available (in other words there is no further testing that has to be completed at a crime lab). And three things you can do where the prosecutor has failed to timely disclose important evidence.

Pursuant to Arizona Rules of Criminal Procedure, Rule 15.1 the prosecutor must no later than the first “pretrial conference” supply you or your lawyer with a host of evidence, particularly including police reports, video or audio recordings of your statements, photos, and other items. ( Blood results in DUI’s prosecutors fairly or not have been given special leeway if there is case backlog at the crime lab).

But remember that as a practical matter most prosecutors seldom meet their timely disclosure obligations under Rule 15.1. It is important to both ask for all materials in writing and that they be provided in a timely fashion, with you invoking Rule 15.1 time limits on prosecutorial disclosure in your case.

But there are some other things you can do.

On Oct 21, 2020, the President signed into law, The Due Process Protection Act. In this blog post we will explore what this law entails. 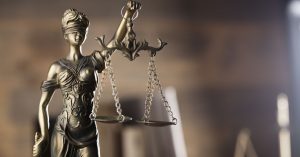 Remember that in the last blog article we talked about how certain time limits in criminal cases, ticking against Arizona prosecutors were suspended because of Covid. These time limits had to do with Speedy Trial Rights.

But time limits to disclose materials to which you are entitled were never formally suspended. Granted, judges nearly all, granted some leeway, understandably, when prosecutorial offices were shut down, and prosecutors were working and appearing in court remotely, and without discovery and other administrative support.

But now people are getting back to work, and there is no rule that says prosecutors can ignore disclosure obligations or that the time limits should be relaxed.

Last time we talked about one solution, and that is to ask that speedy trial time be “included” against the prosecutor for trial delays. There is nothing stopping you from asking for inclusion of time when the basic disclosure is missing

Second, when the State is late, there is nothing precluding you from asking for a disclosure “deadline” for the state at the same time you ask that time be included. Some judges will grant your request and do so. Others may be reluctant to do so, especially when it involves blood results in DUI cases, because of existing caselaw, that seems to preclude them from precluding blood if delay is occasioned by crime lab backlog.

But you can differentiate between crime lab work and items such as police reports, videos, audio tapes, search warrant affidavits, that should be readily available. And if the judge denies your request for a disclosure deadline, you can underscore your request that at least Speedy Trial Time be included.

Third, Arizona Rules of Criminal Procedure, Rule 15.7 provides that in the case of serious disclosure failures, you may petition the court to “sanction” the prosecutor for such serious repetitive violations, especially when you’ve tried everything else, and especially where it is key evidence to which you are entitled including videos, police reports, audio recordings, search warrant affidavits, and returns, and other key items.

Pursuant to Ariz.R.Crim.P., Rule 15.7, if one party fails to make disclosure required by Rule 15, any other party may move for sanctions. Rule 15.7(a). On such a motion, the Rule requires that “[t]he court shall order disclosure and shall impose any sanction it finds appropriate, unless the court finds that the failure to comply was harmless or that the information could not have been disclosed earlier even with due diligence and the information was disclosed immediately upon its discovery. Id. (emphasis added). 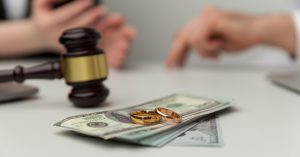 The Rule provides Courts with a number of sanctions, including “granting a continuance” or “[p]recluding a party from calling a witness, offering evidence, or raising a defense not disclosed[,]” and “dismissing the case with or without prejudice.” Rule 15.7(a)(1)-(6). State v. Roque, 213 Ariz. 193, 141 P.3d 368 (2006). However, the comments to the rule make clear that simply ordering a continuance is not an effective sanction. Before the 2003 Amendments, Judges faced with a failure to disclose routinely imposed one or both of the first two “sanctions,” ordering disclosure and granting a continuance. But these “sanctions” merely ordered the offending party to do what was already required, and gave the party more time to do it, a result that the party may have desired in the first place. Failure to disclose was thus encouraged instead of sanctioned.

Ariz.R.Crim.P., Rule 15.7, cmt. (emphasis added). In 2003, the Arizona Supreme Court strengthened the rule precisely to stop the courts from rewarding disclosure misconduct with extensions. See id. In determining an appropriate sanction, the Court must examine the unique circumstances before it, considering the relevant competing interests of the defendant and the State in light of the particular circumstances of each case. State v. Huffman, 222 Ariz. 416, 422, 215 P.3d 390 (App. 2009). While the trial court is not to be limited to any “specific list of factors[,]” the Arizona Court of Appeals has approved the consideration of a number of circumstances relevant to the case here, including “the additional expense … and anxiety experienced by a defendant[,]” “the extent of harm resulting from the offense;” and the “professional conduct and diligence of respective counsel, particularly of the prosecuting attorney.” Id. at 420-22 (citing State ex rel. Berger v. Superior Court, 111 Ariz. 335, 341, 529 P.2d 686 (1974).

Therefore, remember that you can ask for included time, a disclosure deadline, and ultimately meaningful sanctions. In a case where you have repeatedly asked for basic disclosure, and the State has failed to provide for months, and especially in cases where the court has set a “disclosure” deadline, which the state has blown, and the evidence is important, there is an argument that your case is ripe for a Motion for Meaningful Sanctions, that could include dismissal. I once again hope this helps.