It may be surprising to learn that in Arizona, there’s no easy way to  completely  “expunge”  or “purge” an Arizona adult criminal record.  Some states, like California for example, still allow some records to be completely “purged.”  This means that the records are “removed from the rap sheet” and “destroyed.”  See e.g. Cal; code Regs. Tit. 2 § 7287.4(d)(1).  That is the process that most people envision when they think about having records “expunged.”

Rather, the most that is normally available in Arizona for adult convictions is a person can ask a judge to “set aside” a conviction, after all the probation and other things are done.  See ARS § 13-907.  And judges routinely do this.

If you ask for the set aside, and the Court grants it, you will be given a piece of paper called a minute entry or order that says your conviction is set aside.  However, according to Arizona law, having the conviction set aside, “does not expunge or remove the fact of conviction in Arizona.”  See State v. Barr, 217 Ariz. 445, 449-50 (App. Div. 1 2008) (emphasis in the original).  Rather, the fact of conviction survives.  For example,  a conviction set aside pursuant to ARS §13-907 is still usable for “subsequent prosecutions.”  See State v. Barr, supra.  Another court held that an Arizona conviction that has been set aside is still disclosable on insurance applications.  See Russell v. Royal Macabees Life Insurance, 193 Ariz. 464, 974 P.2d 443 (App. Div. 1, 1998).  In our view, therefore a set aside conviction under Arizona law not only still exists, but is easily findable, and is still disclosable.  In short, under Arizona law, a set aside conviction is not expunged or purged.

Since the passage of the Arizona Medical Marijuana Act, we have seen a sharp increase in DUI arrests. This article will clarify the current state of Arizona DUI-marijuana laws.

If, however, the police wrongfully stopped or arrested you, and you were not convicted (i.e.the case was dismissed) you can, under Arizona law, file a special civil lawsuit for “Entry on Records.” See ARS § 13-4051.  There, a Superior Court Judge has the power to order all law enforcement agencies to delete your records.  See ARS § 13-4051.

If you were charged with a DUI in Arizona and your case was dismissed, and Arizona suspended your license for being over a .08 the law says Arizona MVD shall  expunge your MVD DUI record if you ask them to do so. See ARS § 28-3008(B).  What you do in that case is have your lawyer send an official letter to MVD with a certified copy of the dismissal order and an official “court abstract.” (a special document courts prepare for MVD).  See Id.

But remember, this doesn’t apply to refusals or other types of suspensions, primarily just the  Admin per se suspensions for being over  .08.

A little more good news:  In Arizona, if your conviction was  in Juvenile Court (there, it isn’t actually called a conviction, but rather an “adjudication of delinquency”), you can have your juvenile records  expunged, purged and destroyed.   See ARS 8-349.   It’s called a Motion for Destruction of Records.

However, some juvenile criminal adjudication you are able to be expunged when you turn 18.  Others, including DUI,   require that you wait until you’re 25 before you can request that the record be expunged.  See Id.

This presents special problems for a lot of juveniles.  First of all, contrary to popular belief, juvenile records in Arizona are public records until they are expunged.   Historically,  juvenile records used to be sealed.  But then Election Day in 1996 came along and the people of Arizona passed Proposition 102.  The  new law not only allowed juveniles to be tried as adults in Arizona, but also added the following provision:  “All proceedings and matters involving juveniles accused of unlawful conduct shall be open to the public and all records of those proceedings shall be open to the public.”   Arizona Const.  Art. 4 Pt. 2 §22(3) (1996).

Arizona Court of Appeals ruled that under Arizona law, students who are beneficiaries of (DACA) do not qualify for in-state tuition rates at Arizona. 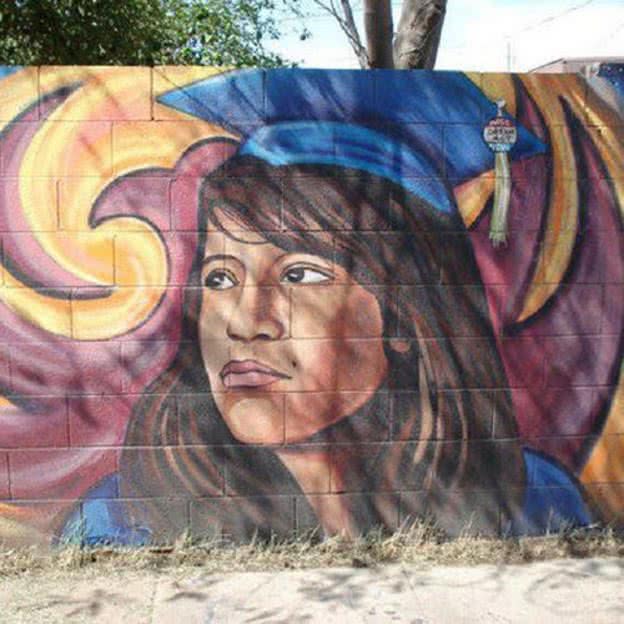 Following suit (in light of the referendum), the Arizona legislature quickly adopted a specific law codified in Title 8, saying basically the same thing.  See ARS §8-208(a).

Moreover, for young persons with juvenile DUI records, the MVD also has a record of the accompanying suspension(s) and it lasts long after you are 25.  See e.g. ARS § 13-921(B)(3).

By way of example, we’ve seen young people with juvenile DUI records try to enlist in the service, where everyone (including the lawyers) thought the records were sealed, only to be rejected from military service based on the juvenile DUI conviction.

When Arizona passed the law in 1996 that allowed juveniles to be tried as adults, they also said that even if you were convicted in adult court but at the time you committed the offense you were still a juvenile, the court “may expunge” the record. See ARS § 13-921(B) (effective date Oct. 1, 1997).

However,  the law says that even though the conviction’s expunged, it can still be used as a prior conviction if you get in trouble again. ARS § 13-921(B)(2).

Additionally, the law also says that even if your record is expunged, it is still “deemed to be a conviction” for MVD purposes.  Id.

Finally,Arizona passed yet another law, in the same legislative session they passed § 921, which provides that adult courts must keep (“shall maintain and make accessible to the public”) records of all DUI convictions.   See ARS §28-1441 (effective date Oct 1, 1997).

Sometimes where the record can’t be expunged, there is other relief available.  The cases that cry out for  this type of justice are exactly what we’re talking about here on this website: someone takes a plea, a supposed “good deal” on the advice of their attorney, or worse, without any attorney, and presto, on what seemed like a minor matter, they get deported, lose their job, or suffer some other draconian  collateral consequences that no one was thinking about.

I’ve found in those cases, judges, and sometimes even prosecutors, are surprisingly sympathetic.   The law is murky on exactly how you undo a plea from years ago.  But, on State cases, we like to use a special provison:  Arizona Rule of Criminal Procedure 17.5, which allows a judge to vacate any plea for what’s called, “a manifest injustice.”    There’s no time limit on it.  And no one knows exactly what constitutes a manifest injustice.

Second, in these cases it’s really helpful to have the prosecutor on board.  Judges naturally don’t like to revisit things that were previously settled, especially long ago. But if the prosecutor is not objecting, and the facts are compelling, the judge may be sympathetic.

I will mention that in the federal system, on older cases, where the appeal and habeas deadline have long passed, and the person has already completed prison or probation, there’s still something like Arizona’s Rule 17 Motion: a Petition for Writ of Coram Nobis.  It’s another way of vacating a previous conviction, and cleaning your record.

Well, 40 years later, Fred Korematsu filed a petition for a Writ of Coram Nobis,  seeking to have his misdemeanor conviction vacated.  Korematsu v. United States, 584 F.Supp. 1406, 1420 (C.D. Cal. 1984). There, Federal District Judge Marilyn Hall Patel noted at the outset that one of the things you have to do to win a Petition for Writ of Coram Nobis is to establish that you still suffer from “collateral consequences” of the conviction.  See 584 F.Supp. 1406, 1420 (C.D. Cal. 1984).  Otherwise, the case is “moot.”   But on that count she held that even after 40 years, and even though it was only a misdemeanor, such collateral consequences are to be legally “presumed.”  Id. at 1420.

Second, Judge Patel specifically held that the Government 40 years earlier had purposely withheld critical evidence from the United States Supreme Court when arguing Korematsu: the prosecutors had  provided the Justices with an incomplete version of a secret military  report leaving out that a claim therein  that Japanese Americans used radio transmitters and ship-to-shore radios to provide aid and comfort to the enemy had been discredited.  Id.  But for that misfeasance,   the U.S. Supreme Court might not have upheld the Civilian Exclusion Order Number 34 and Executive Order 9066.  Id.

For those reasons, Judge Patel ordered that Fred Korematsu’s  petition for Writ of Coram Nobis was  granted. Id. at 1420.    In other words, Fred’s criminal conviction from 40 years earlier was vacated.  His criminal record was cleared.

So, how do we apply the lessons of Korematsu  on coram nobis?  According to Judge Patel in her published opinion, we can presume collateral consequences exist, even for misdemeanors, and even forty years after conviction.  See Korematsu, 584 F.Supp. 1406, 1420 (C.D. Cal. 1984).

This, I believe, resonates.  And as we as lawyers try to help our clients clean their criminal records, this language may be helpful, especially when arguing to a judge.  I hope this brief article has been helpful.