In this dynamic technological age that we live in, courts are continually confronted with new constitutional issues involving social media, cell phones, and the right of law enforcement to access data owned by third party providers of these services.

People today are seldom separated from their cell phones and most people know that a cell phone can be “pinged”, to determine the location of the cell phone. You might not realize, however, that cell service providers not only know where you are, but also where you’ve been.

When the police stop a car due to a traffic violation, they can demand to see the identification of the driver and all passengers, right? Not necessarily.

The Supreme Court plays an important role in determining how new technologies can be used to obtain evidence against a suspect and whether the use of a new technology could be considered a “search.” In these types of cases, the Court evaluates whether a person had a reasonable expectation of privacy in the particular situation and determines whether the technology used to collect evidence against them was an invasion of that privacy. Police generally need a search warrant in order to breach this expectation of privacy to obtain evidence.

For example, in order to use infrared cameras to determine areas of high heat inside your home police generally need a warrant because people have an expectation of privacy inside their home. However, police may not need a warrant to use the same technology on a storage shed or possibly even a garage. Similarly, police generally need a warrant to attach a GPS tracker to a vehicle because the Court determined that people have a privacy interest in “the whole of their physical movements.” Police could still follow a suspect on a public road, but the Court determined that the use of GPS technology to monitor a suspect’s every move was a violation of one’s expectation of privacy and therefore vehicle GPS tracking is considered a “search” subject to 4th amendment protection. Therefore, police generally need a warrant supported by probable cause to use this technology to obtain evidence. 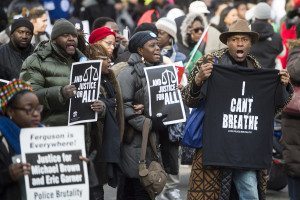 In Carpenter, the police arrested four men suspected of a series of robberies. One of the men confessed to the crime, then implicated 15 other people and provided police with the cell numbers for these individuals. Police then requested the CLSI from the cell service providers to determine if these individuals were at the crime scenes.

In the case of the plaintiff, Mr. Carpenter, the police requested 154 days of CLSI and received over 12,000 location points for Mr. Carpenter. This evidence was used against him to prove he was near the locations of the robberies. The police did not have a search warrant for the CLSI.

The Court reasoned that a person’s privacy interest in CLSI was even greater than the privacy interest that is breached when one’s vehicle is monitored by GPS. This is because most service providers keep this data for up to five years and it reveals your physical location all the time, not just when you drive your car.

The government argued that Mr. Carpenter voluntarily gave this information to his service provider and therefore the “third-party doctrine” should be applied. Generally, if one voluntarily gives information to a third party business, like a bank, the person relinquishes their constitutional privacy interest and law enforcement no longer needs a search warrant to obtain the data.

USSC held evidence will not be precluded when it is procured after a police stop, despite the stops legality, if the suspect has an outstanding warrant. 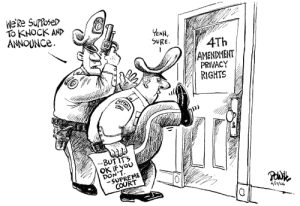 While it is true that people do voluntarily purchase cell service and that cell service providers need to know your location in order to provide you service, the Court held that this historical CLSI is so pervasive into one’s private life that law enforcement generally needs a search warrant to obtain this data.

This ruling, however, is a narrow one. The Court did not extend this ruling to cover law enforcement requests for real-time cell location data or for “tower dumps,” which are data dumps of every cell number in an area at a particular time.

If you have been accused of a crime because of data found on your cell phone, cell location data, or other evidence obtained by a police search, a criminal defense attorney can thoroughly review the manner in which all the evidence in your case was obtained and, if appropriate, can file a motion to exclude any evidence that was not legally obtained.