2014 was a year punctuated by populist and somewhat incendiary citizen outrage, justified or not, over police wielding of (what some see as unbridled) power, ignited by at least three nationally publicized deaths of unarmed young men of color, and their subsequent and expedient legal exonerations by Staten Island and St. Louis County Grand Juries. In short, in 2014, the police seemed to act with impunity and immunity. And the legal system seemed to protect them.

This trend extended in quiet fashion to United States Supreme Court jurisprudence. In an 8-1 decision issued just before Christmas (the last of the term), the Court held that a pretextual traffic stop, something we see every day here in Arizona, now passes constitutional muster, even if the Officer is wholly mistaken about even the minor traffic violation used as the excuse to stop and detain the driver. See Hein v. North Carolina 135 S.Ct. 530 (Dec. 15, 2014). 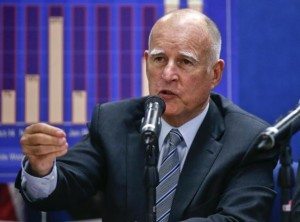 A little background: For at least the last two decades, the arguably already expansive Federal Constitutional rule had been that police could stop a driver for any “pretextual” reason—i.e. the “real” reason for the stop is not the stated traffic violation, but actually police following an investigatory scent, a hunch–so long as police could justify the stop, even post-hoc, with thin“reasonable suspicion” of the single traffic violation, no matter how minor. See Whren v. United States 116 S.Ct. 1769 (1996). As the well-worn maxim goes (and as most police officers readily admit): “if you follow someone long enough, they’re bound to commit a traffic violation.”

But in Heien, the actual traffic violation, however minor, is no longer even necessary. There, Sgt. Darisse observed a Ford Escort passing him at 8:00AM on North Carolina’s Interstate 77, where the driver looked “very stiff and nervous.” His investigative instincts alerted, “he pulled onto the interstate and began following the Escort.” Hein, supra at 534. “A few miles down the road, the Escort braked as it approached a slower vehicle, but only the left brake light came on.” Id. “Noting the faulty right brake light,” and using it as the excuse, Darisse pulled the Escort over. Id. An investigation ensued, and the Heien¸ found in possession of cocaine, was charged with distribution.

In an echo of recent Arizona caselaw, State v. Fikes, Heien’s lawyer moved to suppress the cocaine, arguing correctly that North Carolina’s brake light statute doesn’t specifically require two brake lights. Rather, the statute only specifies that a car must be equipped with “a stop lamp on the rear of the vehicle …. The stop lamp may be incorporated into a unit with one or more other rear lamps.” Hein, supra, at 535, citing N.C. Gen.Stat. Ann. §20-129(g) (2007).

The North Carolina Court of Appeals agreed, holding that Heien had committed no traffic violation, and suppresed the cocaine. But digging deep, Justice Roberts, relying on a string of obscure cases from the 18th and 19th centuries (notably United States v. Riddle from 1809), held that even though Sgt. Darisse was wholly mistaken about the brake light violation, such mistake was “reasonable” because the statute was ambiguous. Therefore the Heien stop was upheld and its fruits—the cocaine—ruled admissible. Id. at 541.

Moreover, anticipating the wringing of hands and gnashing of teeth, Justice Roberts, in the majority opinion, specifically addressed and summarily dismissed the obvious populist complaint raised by the ruling:

“Finally, Hein and amici point to the well known maxim, “Ignorance of the law is no excuse” and contend that is fundamentally unfair to let police officers get away with mistakes of law when the citizenry is accorded no such leeway.” Heien, supra at 540.

But according to Justice Roberts, the argument, while “ha[ving] a certain rhetorical appeal, misconceives” the meaning of the “maxim.” Id.  (I should note that the “maxim” is actually a basic principle of criminal law known to every first year law student). Rather, according to Justice Roberts, the “true symmetry” –i.e. the distinction—is that “Heien is not appealing a brake-light ticket; he is appealing a cocaine-trafficking conviction as to which there is no asserted mistake of fact or law.” Id.

“True Symmetry.” This statement, contained in the final sentence in the opinion does suggest, perhaps, that the “true symmetry” at issue is actually the one between civil liberties of our citizenry, and the power of the police. If anything Heien demonstrates this unbalanced and unforgiving “symmetry” now excuses even the most inexcusable of police errors, in the name of larger law enforcement objectives. In short, Heien reinforces the popular perception that our police operate with impunity and immunity, turning on its head, not only the maxim—actually a principle of law– that “ignorance of the law is no excuse”, but the one long-relied upon by the police: “If you follow someone long enough, they’re bound to commit a traffic violation.” Now, even that seems a thing of the past.