You or someone you care about was just arrested for a felony in Pima County. So you ask: What comes next? This article will give you a general overview of what happens and what to expect

In Pima County, all police departments, including Marana, Oro Valley, and Sahuarita, use the central booking and holding system at the Pima County Jail on Silverlake, with an annex around the corner on Silverbell.

If the arrest is in the morning or early afternoon, if the arrestee is “processed” before 5:30 PM (depending on volume and staffing a two to three hour ordeal), that person will be put on the calendar for night court, which occurs at 8:00 PM every night.

As part of processing, a branch of the court known as “pretrial services” which maintains an office at the jail, interviews the arrestee, runs a criminal background check, verifies “ties” to the community, and writes a fairly brief report summarizing the charges, and making a bond or release recommendation.

During COVID friends and family members have been restricted from physically attending night court. In the past, loved ones were allowed to be present in the courtroom.

Night Court takes place in a sort of multipurpose room, in a semi secure part of the jail annex—the minimum security unit-outfitted unceremoniously with a judge’s bench and tables for clerks and the prosecutor, and the occasional private defense attorney.

The arrestee does not appear in person, at night court, at all, but rather on remote video feed, as odd as that sounds, from the main jail intake unit – probably 150 yards away.

When night court convenes, the face of the first arrestee on the docket sheet appears on multiple cameras in the initial appearance courtroom—and the judge’s face is visible to the arrestee.

The list can be long, with 20, 30, 40 or more arrestees. The judges, often moonlighting after a long day on the bench are burdened with making release and bond decisions within sometimes seconds, not minutes. Judges, and this is not an easy job, rely heavily on the pretrial services report, and any recommendation from the duty Deputy County Attorney.

As a matter of course, for all but the most serious crimes, the vast majority of people arrested who appear in night court most people are ordered release on one or more conditions,

There are three basic types of release, and a handful of standard conditions.

First, “release on own recognizance” is ordered sometimes for first time offenders, charged with victimless or low level or non violent crimes. This means that no bond is required, and there needs to pretrial supervision. But with the release order comes some very typical standard conditions such as consume no alcohol, possess no weapons, have no contact with the victim[s], and most obviously commit no other offenses. 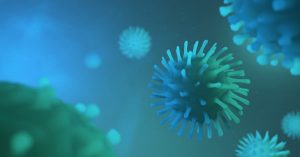 Second, the judge may order a person released to “pretrial services.” This happens in many cases, with no prior criminal history but alcohol, or drugs are involved. With this type of release order, the arrestee, must contact Pima County Superior Court Pretrial Services after release, and typically check in regularly, and in some cases submit to regular alcohol or drug gests.

The third type of release requires a “bond.” Typical bond amounts are $1,100, $2,200, $3,300 and so on. This writer’s experience has been that for people without long criminal histories, bonds are generally reasonable in Pima County.

A Word About Bonds

For those that can afford it, especially for low bonds, a cash bond can be posted, sometimes on a credit card. “Bail bondsmen” make their living by posting for you, in exchange for you providing collateral, such as a car or home, by charging a 10% fee. That means if the judge sets the bond at $10,000.00, the bondsman would charge one thousand dollars and that it how they earn their fee.

Picking Your Family Member Up After Night Court

Generally, it takes 2-4 hours for the arrestee to be physically released, after court. The exact time depends largely on staffing levels, and volume of arrestees. Your family member is released through a metal door on the southeast corner of the main jail—right next to the bond window. So, for an 8:00 release order, you might wait until midnight for your loved one to be physically released. 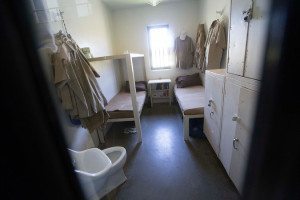 For those arrested after about two-thirty pm, including those arrested into the early morning post-midnight hours, a similar court session is held every morning at 9:00. The volume can be high and release lags can be considerable. I’ve seen people appear at nine o’clock court, not physically emerge from the Pima County Jail until two in the afternoon.

The cost of prisoner phone calls is not just high, but in some cases, outrageous.

But in the vast majority of cases these preliminary hearings never occur, as I’ll explain in my next discussion with you.