When Does Offensive Conduct Cross the Line to Disorderly Conduct?

Almost any kind of intentionally loud and disruptive behavior could be construed as criminal disorderly conduct, and a disorderly conduct charge can happen to anyone who gets a bit rowdy, especially when alcohol is involved.

For example, last week, the news broke that NHL superstar and 2016 first-round draft pick Auston Matthews, of Scottsdale, Arizona, was charged with disorderly conduct for an incident that occurred back in May while he was visiting Arizona in the off-season.

Matthews was returning to his condominium with some friends at 2AM after a night of drinking. Someone in the group thought it would be funny to harass the complex security guard and pulled on the handle of the vehicle in which she was sitting. At first, the security guard was terrified that a group of men was trying to get into her vehicle. When she realized it was a prank, she got out of the vehicle and was rightfully was very angry with the men. As Matthews’ friends reportedly attempted to diffuse the situation, Matthews began walking away and then pulled down his pants, exposing his boxer shorts, and gestured by grabbing his backside. Of course, this was all captured on a security camera video that has not been released. Given the context of the incident, Matthews is probably fortunate that he and the other men were not charged with something more serious than disorderly conduct.

Is Cyber Stalking Against the Law in Arizona?

In Arizona, a person could be convicted of harassment or stalking solely based on electronic communications. In cyber crime, victims keep the records. 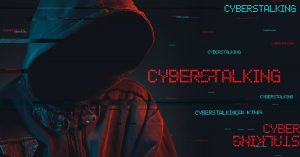 Is Cyber Stalking Against the Law in Arizona?

Surprisingly, Matthews thought he could keep the incident a secret from his employer, the Toronto Maple Leafs. Team management only found out about the incident through social media last week, and was not very happy to be caught off guard, as Matthews was short-listed for the open team captain position.

What is Disorderly Conduct?

Under A.R.S. § 13-2904 a person commits the crime of disorderly conduct if “with intent to disturb the peace or quiet of a neighborhood, family or person, or with knowledge of doing so, such person:

The first five examples are misdemeanors, while the last example is a Class 6 felony.

The Consequences of a Disorderly Conduct Conviction

Even though disorderly conduct is usually a misdemeanor, you should still consider it a serious charge that can have lasting repercussions. Disorderly conduct charges often occur when a person is intoxicated; therefore a potential employer or professional licensing board could be concerned that you abuse alcohol and worried about future liability or embarrassment.

Law and medical students are like everyone else, albeit, under extraordinary stress. Some tend to drink and do things that undergraduate students do.

If you are in law enforcement or seeking work in law enforcement, your employer may not want you in a position where you carry a firearm. If you are not a U.S. citizen, it could also affect your ability to visit, work, or study in the United States.

Basically, anyone who sees a disorderly conduct conviction on your criminal record might have concerns about your judgment and that you potentially abuse alcohol. Depending on the circumstances, they may have doubts that you would behave appropriately in the workplace or just make an assumption that you are an aggressive person who doesn’t get along with others.