Almost all of you have heard of the famous Miranda warnings—part and parcel of nearly every single TV police procedural and courtroom drama of the last sixty years, dating back to Dragnet, Adam-12, Hawaii Five-O, Law & Order, Miami Vice, even McGuyver.

Miranda warnings, famous as they are, are something I get asked about a lot. Almost every week. We get quite a few calls where people say (and I don’t doubt) that they were arrested but never advised of the Miranda warnings. And then the inevitable question: will their case be dismissed because of that? Unfortunately, most of the time the answer is “no.”

Today I want to clear up a couple things about Miranda warnings and what happens if they’re not given, or given late.

First of all, there is no absolute requirement that police ever have to give you Miranda warnings, when they arrest you. Only if they want to question you. Sometimes the police simply arrest you and don’t bother with the warnings and then don’t try to use your statements. 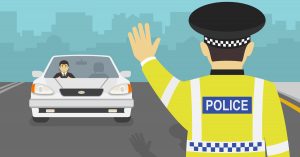 Second, even if police violate Miranda, even on purpose, the case isn’t over necessarily. The normal judicial “remedy” for even an egregious or intentional Miranda violation is that the Court will “suppress” the particular incriminating you made to the police after the point in the investigation where Miranda warnings were required. In some cases, like DUI’s, where the evidence is primarily “non verbal”, and while your confession might help make it a true “slam dunk” the prosecutor can often present the case without your statements.

Third, Miranda warnings are only required if both these two things are, as determined by a judge, true: (a) you are “in custody” and (b) the statements you make are in response to questions “designed to elicit and incriminating response.”

Let’s take “in custody,” where most of the action is. Courts hold routinely and reliably that a person is only “in custody” for Miranda purposes when “a reasonable person would believe they are not free to leave.” See e.g Berkemer v. McCarty 468 U.S 429 (1984).

When, might you ask, does a reasonable person ever feel “free to leave” when the police approach you—stop you in your car, for example, or come to your door, take you to the police station? According to the Supreme Court, the 9th Circuit and Arizona Courts, most of the time!

For example in Berkemer, police engaged in a routine traffic stop, got Berkemer out of the car and had him take the infamous DUI “Field Sobriety Tests.” Was Berkemer “in custody” during those tests? Was he “free to leave.” Well according to the United States Supreme Court, he was not “in custody” until he was handcuffed and put into the back of a police car. Therefore, all the statements he made up until that point come into evidence. This is the case even though police held Berkemer’s driver’s license and there was no way in hell they were going to let him just drive off or walk away.

And you might be surprised, how far the lower courts have gone to stretch Berkemer and its narrow reading of “in custody.”

For example in United States v. Ortiz the Third Circuit recently held that a person was not “in custody” for Miranda purposes even though police pulled their guns briefly on Ortiz at a gas station and interviewed him there for thirty minutes, reasoning that because Ortiz still had his car keys and access to his car he was reasonably “free to leave.” 781 F.3d. 221, 230 n (3rd Cir. 2015). What do you think would have happened if Ortiz tried to leave? Would the police have wished him well?

For yet another example, in United States v. Hargrove, the Fourth Circuit held that the defendant was not “in custody” for Miranda purposes, even though he was interrogated inside his own home, during and in the midst of a police search of his own home, because he was told he was “free to leave.” 625 F. 3d 170, 178-82 (4th Cir. 2010).

For yet another example, in Washington v. Roberts, the Tenth Circuit recently held that a person was “not in custody” for Miranda purposes, even though he was at the detective’s bureau for four hours, during a search of his home. 846 F.3d 1283, 1285 (10th Cir. 2017).

And the list goes on. And on. This is only a smattering.

By the way, at the local level, cases like State v. Pettit, 194 Ariz. 182 (App. 1998) reinforce the Berkemer narrow reading of “custody” in the context of roadside investigative questioning, if not narrow it even more.

In all the cases described above—whether you are being put through the paces of a DUI investigation where police are holding your driver’s license and have ordered you out of your car, told you where to stand, and required you to take some tests; or where a group of armed police have entered your house without your permission to execute a search warrant, or police have taken you to the police station where you have stayed for hours and hours, Courts have bent over backwards to narrowly construe “custody.”

So, the moral of the story is two fold: One, the police only need to Mirandize you in certain circumstances—where your movements are significantly restricted—like being handcuffed. Two: there is nothing stopping you from politely but firmly and immediately telling the police that you decline to answer any questions, even mild ones (like “where are you coming from tonight?”) any time they approach you, at least politely decline to answer even the mildest question that might have a little barb, without at least first speaking with a qualified lawyer. In that way you can use these same Miranda warnings as your shield. I know it is hard for anybody to do to muster the courage, in the face of police, because police encounters are naturally intimidating, but it is important that you know it is your right to do that.