What is a “Crime of Violence?”

What is a “Crime of Violence?” Neither the Courts nor Prosecutors Should Say

Under federal law, anyone who uses a gun while committing a “crime of violence” faces an especially stiff prison term. But what is a “crime of violence?” According the U.S. Supreme Court, the answer is “we can’t tell and it’s not our job to say,” so the law is unconstitutional.

Judge Tabaddor said her superiors at the DOJ ordered her not to hear any cases that involved Iranian nationals. 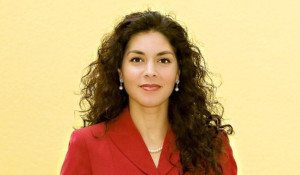 In Davis, the U.S. Supreme Court agreed with the defendants that it was impossible to tell from the written law itself. The statute defined “Crime of Violence” as a felony that “by its nature, involves a substantial risk that physical force against the person or property of another may be used in the course of committing the offense.” In the past, the Courts had held that judges were supposed to divine the “nature” of a crime by imagining the kind of conduct that a crime “ordinarily” involved. Then, judges were supposed to decide whether that conceptual crime presented a substantial risk of physical force.

According to the Supreme Court, that imaginative exercise was improper as the Constitution requires the law to be sufficiently defined by Congress beforehand; not by judges and prosecutors after the fact. Only if the law is sufficiently defined beforehand can a person have fair warning that their conduct may be illegal. “Nature of the offense” is ill-defined and invites unpredictable results. Therefore, it does not provide fair warning. Also, it is Congress, rather than the courts, which defines criminal laws. Since judges were required to imagine the “nature of the offense,” the statute violates separation of powers principles, too.