On Monday June 20, 2016 in Utah v. Strieff, 136 S.Ct. 1001 (Feb. 18, 2016) the United States Supreme Court held evidence will not be precluded when it is procured after a police stop, regardless of the stops legality, if the suspect has an outstanding warrant.

In 2006, Officer Fackrell was watching a house for illegal “narcotics activity,” when he observed Edward Strieff Jr. exit the residence. Fackrell detained Strief based on what the state later conceded were insufficient grounds, thus rendering the stop illegal. Fackrell ran a background check on Strieff, discovering a warrant for a minor traffic violation. He arrested Strieff, and while searching him incident to arrest found methamphetamines and drug paraphernalia.

Do individual officers each constitute a separate charge of resisting arrest in Arizona? 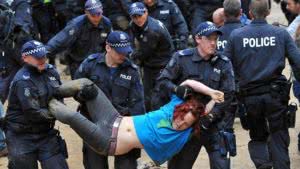 Strieff challenged his arrest and moved to suppress the evidence, arguing that the officer lacked reasonable suspicion, and that therefore the drugs were derived from an unlawful investigatory stop. The District Court denied the motion, allowing the evidence to be used, and the Utah Court of Appeals upheld their decision. However, in 2015 the Utah Supreme Court reversed and ordered the evidence suppressed.  On Monday June 20th, in a final turn, the U.S. Supreme Court reversed the decision. Id.

The court today holds that the discovery of a warrant for an unpaid parking ticket will forgive a police officer’s violation of your Fourth Amendment rights. Do not be soothed by the opinion’s technical language: This case allows the police to stop you on the street, demand your identification and check it for outstanding traffic warrants — even if you are doing nothing wrong.

A new U.S.Supreme Court case, Rodriguez v. United States severely limits officer’s abilities to transmogrify a minor traffic stop into a DUI investigation. Here is how to protect yourself. 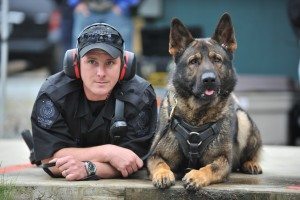 Officer Fackrell was at most negligent […] there is no evidence that Officer Fackrell’s illegal stop reflected flagrantly unlawful police misconduct. Therefore, Officer Fackrell’s discovery of a valid, pre-existing, and untainted arrest warrant attenuated the connection between the unconstitutional investigatory stop and the evidence seized incident to a lawful arrest.

The majority’s reasoning hinges upon the premise that since an arrest warrant gives an officer cause to arrest a person it therefore attenuates the connection between illegal policing and the resulting discovery of evidence.  Justice Sotomayor called this line of logic a “remarkable proposition: the mere existence of a warrant not only gives an officer legal cause to arrest and search a person, it also forgives an officer who, with no knowledge of the warrant at all, unlawfully stops that person on a whim or hunch.” Id.