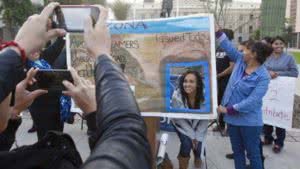 Phoenix, the beating heart of the desert– integral to its anatomy is a special closed circulatory system of arterial freeways: the antecubital 101 connecting the fingers of North Scottsdale with the armpit of South Mesa; the femoral 202 linking the valley foot at Queen Creek with its crown at Cave Creek; the 303, pavement still fresh, finally connecting the vital organs of Goodyear to Glendale; the aging pair of 12 lane carotids, I-10 & I-17’s, main-lines, at times tinkering with congestive failure. These main branches feed the capillaric surface streets, a spidering, hypertensive grid, clogged with imperious traffic signals, and at least a million frustrated rush-hour drivers.

A full 95% percent of working adult Arizonans likely drive every single day for work. That means not only Phoenicians and Mesaites, Queen Creekers and Glendalans. From Bisbee to Bumblebee, Parker to Patagonia, Tucson to Tolleson, and Youngtown to Yuma, everybody in Arizona drives. Like Circle K’s and the 99 cent 64 oz. crushed ice drink, driving an automobile in Arizona is about as fundamental to the fabric of desert life as you can get.

Right up there with firearms & school vouchers, we Arizonans think of driving as a fundamental right. Libertarians we are, after all. Only the Arizona state government doesn’t see it that way. Driving, according to our state courts, is not a fundamental right, but a qualified privilege. One that they can summarily and unilaterally take away. Even though due process is supposed to apply.

License Suspensions in the National Spotlight

The incendiary protests in Ferguson , Mo. sparked a series of investigations, at least one of which illuminated a peculiar long-ignored but standing practice: Missouri, among other things, summarily suspends driver’s licenses of the poor for failure to pay court-imposed fines, which they apparently hand out like candy. As The New York Times has recently reported, this turns out to be true not only in Missouri, but in numerous other states. See e.g.,   Shaila Dewan Driver’s License Suspensions Create Cycle of Debt, N.Y. Times, April 4, 2015.

Although not mentioned, Arizona is no exception. Almost 20 years ago, long before Ferguson, our legislature quietly passed a statute, mandating summary driver’s license suspensions for failure to pay all “civil penalties.” ARS §28-1601(A) (effective date Oct. 1, 1997)(…the department shall promply suspend the driver license … until the civil penalty is paid”). There can be no question §28-1601, like the similar statutes in Missouri, California, Texas, have burdened the Arizona working poor.

But the Arizona legislature did not stop there. In addition, it also passed a series of statutes, little known, summarily suspending driver’s licenses for a panoply of offenses, unrelated to driving, from “graffiti” to “failure to pay child support.” Here’s a few.

No one likes to see graffiti scrawled across our vital water towers or spray paint blighting our highway overpasses and vacant, boarded storefronts. In true Arizona style, our legislature passed a provision 18 years ago which provides that if you are under 18 and convicted in Arizona of “possession of materials used for graffiti” or any graffiti-related offense, you automatically lose your Arizona driver’s license until your18th birthday. ARS §28-3320(A)(3)-(5)(effective date Oct. 1, 1997)

Graffiti infractions sui ipsa, are not even remotely, much less rationally, related to driving or highway safety. Like the statutes at issue in Missouri and elsewhere, §28-3320 appears to be punitive, if little known. Here, however, the provision affects those who may have never even had a license, and ensures they will not drive at least until they are old enough to vote.

Now, for you parents of graffiti-scrawling delinquents– the legislature also has something in mind for your driver’s license if you fail to pay child support so your ex-spouse can give your son money so he can buy more spray paint. Our Arizona lawmakers have made it so that a judge and M.V.D. can sua sponte suspend your driver’s license upon failure to pay child support. See ARS §§28-672(F); 25-517 & 518. Here, no conviction is necessary. Indeed, here, arrest isn’t even necessary. And here again, the punished conduct is totally unrelated to highway safety and driving.

In Arizona you only have to be 16 years old to get a license to drive, but 18 to get a license to smoke. See the Arizona Medical Marijuana Act. However, if you’re under 18 and caught smoking, Arizona automatically suspends your driver’s license until your 18th Birthday. Any drug-related offense, no matter how minor, triggers it. ARS §28-3310(A)(6). Even though it has nothing to do with driving.

Persons driving after legally smoking medical marijuana are nevertheless “presumed to be under the influence” under Arizona law.

And since you can’t legally smoke, you might be tempted to pilfer a beer from your step-father’s fridge.   If you manage to get caught, not just by your parents, , but the police, you lose your driver’s license, even though driving had nothing to do with your crime. ARS §28-3320(D).

If you make it to your 18th Birthday without incident, and go off to ASU or U of A, you, like hundreds other students probably want to obtain not only a CAT card, and a dorm room refrigerator, but something else: A fake I.D.

However, in Arizona, if you are under 21 and cited for a fake I.D., you automatically lose your driver’s license for six months. See ARS §§ 28-3309, 3310. The suspension occurs automatically upon arrest or citation. They suspend you even if the charges are dismissed. Once again, it’s a stretch to see how this is “regulatory,” related to highway safety, and not purely punitive

Finally, as mentioned above, in Arizona, if you fail to pay any “civil penalty” (even if it is not a traffic ticket), M.V.D. suspends your driver’s license automatically. For example, if you received a ticket for a loud party or a dog leash violation, and simply didn’t pay it, or forgot, Arizona will suspend your driver’s license until it’s paid.

In Arizona, it’s not unusual to wake up to discover that your driving privileges are suddenly gone. Or to get pulled over six months later to learn that your license has been suspended for something unrelated to driving– then get hit with a driving on a suspended license charge, which in Arizona is a crime, and results in another “like-kind” suspension. See ARS §28-4373. This is precisely the cycle that the media has highlighted in other states.

Other Ways to Lose Your License

There’s myriad other ways to lose your Arizona driving privileges For example, Arizona revokes your driver’s license for a conviction of any felony where a motor vehicle is used, even if it is otherwise used safely. See A.R.S. § 28-3304(A)(3). For example, if you’re caught buying drugs in your car, parked, which is common, they take away your license. Similarly, if you fail to appear in court for any traffic matter, Arizona suspends your license indefinitely. ARS § 28-3308.

Driving is a circulatory necessity here in Arizona. Even so, driving is considered not a right but a privilege. Like other states, about which the media has been lately and pointedly critical, Arizona suspends driver’s licenses summarily for failure to pay “civil penalties.” But Arizona goes much further—the legislature almost 20 years ago quietly enacted a series of little-known provisions that mandate summary suspension for a panoply of unrelated offenses. In this way, Arizona not only equals other states, but may actually, albeit unfortunately, serve as a leader.