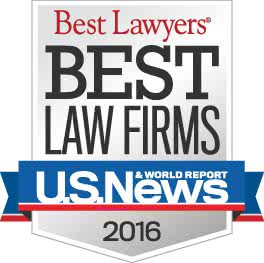 DUI cases are special for a number of reasons. First, thousands of otherwise law-abiding citizens get them. Doctors, lawyers, police officers, federal agents, nurses, truck drivers, and too many college students get them. Accordingly, markets are flooded with DUI lawyers. It’s hard to choose between them if you don’t know what to look for. This simple article gives you a few surprising and hopefully helpful tips.

Second, DUI law is actually complicated. Every good DUI lawyer knows: A DUI trial, especially a winning one, can be more complicated than a murder trial. That’s because most DUI trials involve chemical analysis of breath or blood samples, and the use or misuse of horizontal gaze nystagmus. Unfortunately, far too many dabbling defense attorneys hold themselves out publicly as “DUI lawyers” but actually have a limited grasp on breath and blood analysis. Many such DUI lawyers don’t dedicate any real degree of practice to their craft and sullen art. This simple article therefore will also give a few tips to help you distinguish those who do from those who don’t.

First, find out what the DUI lawyer calls a “win.”

Many DUI lawyers claim lots of “wins.” But many may claim a “win” on what is actually a split verdict, where the person is found not guilty of some but not guilty of others. This might mean that what they claim as a win is actually a loss. Therefore, it’s probably important inquire as to the attorney’s recent complete dismissals and acquittals, and the specific circumstances under which they were obtained.

No criminal defense lawyer wins every case. In fact, DUI’s are famously difficult to actually win (see ¶ 1 above for a discussion on what is a “win.”). DUI lawyers who actually win a lot are not only rare, but are often not bashful about publishing or publicizing those results based on public records, if permitted. Ask if those records exist.

Ask if the DUI lawyer was a former DUI prosecutor

There are many good DUI lawyers who never served as prosecutors. But almost everyone agrees that maybe the single best training for a successful DUI lawyer is a stint early in his career as a DUI prosecutor. That’s because DUI prosecutors, even those doing it for only a couple of years, handle hundreds or even thousands of cases. There is no substitute for that kind of experience and training. You can’t buy it. Or get it at a seminar. In fact, it takes many lawyers decades to try as many cases as DUI prosecutors try in two years. And let’s not forget that former DUI prosecutors have been on both sides, know the system, and tend to get along well the prosecutors and judges. That can’t hurt either. For that reason former DUI prosecutors are often highly prized and somewhat rare.

Look for a DUI lawyer with lots of truly good reviews

Really good, honest client reviews are powerful, hard to come by, and easy to overlook. If a lawyer has amassed dozens of good, earnest well- crafted, and detailed reviews over a long period of time, trustworthy reviews, actually written by grateful clients, that is a verified plus. It means that this lawyer, over time, is well liked by his clients. If on the other hand the attorney has only a few skimpy reviews, or ones that sound canned or robotic or fabricated, be aware of that.

Look for a lawyer who doesn’t advertise too much

Marketing is a reality of DUI law practice these days. Almost all DUI lawyers, therefore, even the best ones, engage in some marketing. But lawyers who conspicuously rely on cheesy TV commercials, radio spots, big bus wraps, boisterous billboards, or other gimmicks, might be doing so because they are having trouble finding clients. In fact, in certain cases you may actually want to think of those as advertisements for precisely not the lawyers you want.

A few tried and true honors, such as Best Lawyers in America®, and Martindale Hubbel A-V Ratings®, are well-respected and universally acknowledged. The few lawyers who earn them, through a national peer-review process, have actually accomplished a respected stature through years of hard work. But be aware that there are exist dabbling DUI lawyers who claim dubious distinctions from obscure organizations no one has ever heard of. If you have doubts look into it. Maybe even take a peek at their academic records. (See below).

It can’t hurt to inquire about their Academic Record

You don’t have to be at the top of your law school class to be a great DUI lawyer. But it sure can’t hurt. Lawyers who graduated with highest honors, for example, from good law schools are, usually, at the least, smart and hardworking. For one, it takes an incredible amount of hard work to graduate at the top of the class from almost any law school. For that reason alone it may be likely that such a lawyer at the least has a proven work ethic: If so, it might be more likely that he works hard at his practice and will work hard on your case. Chances are he is also smart. By the way, it also means that he can probably write well, which can be surprisingly crucial to success as a DUI lawyer (See below). On the other hand, lawyers who don’t list what law school they went to, or maybe list a law school you never heard of, or how they did, might merit a degree of due diligence, or at least a polite inquiry.

Law and medical students are like everyone else, albeit, under extraordinary stress. Some tend to drink and do things that undergraduate students do.

Find out if the DUI Lawyer can write well

This is often overlooked. Writing well can be particularly crucial to success as a DUI lawyer. Because DUI law is actually complicated, it is important that the lawyer can explain in writing to a judge important legal and scientific concepts and arguments with lucidity, clarity, and even elegance. So it might certainly help to find out if the DUI lawyer actually has published in recognized academic or professional journals or books, such as Law Reviews or at least served in Law School on the editorial board of a Law Review. And it doesn’t hurt to read or track down some of the work.

In most cases, likely yours included, the police either gave you a series of breath tests or drew two vials of blood from your right antecubital vein (in the crux of your arm). The way that evidence is handled by your DUI attorney may be virtually dispositive of your guilt or innocence at trial. For example, the inherent limitations in the accuracy of breath testing devices such as the Intoxylizer® 8000 is based on fairly complex but accessible scientific studies and principles. Any truly good DUI lawyer knows intimately the NHTSA and SCRI funded studies and expert opinions, and knows precisely how to read and evaluate quality assurance data. And can explain it to a jury. Moreover, a good DUI attorney will know by heart the names and personalities of most of the criminalists at the local crime labs, particularly those working in forensic toxicology. Hopefully this will include the one working on the case against you. And he would hopefully know that particular toxicologist’s strengths and weaknesses as government witnesses against you. So ask the DUI lawyer specifically about individuals at the local crime labs.

Find out if the lawyer really understands Horizontal Gaze Nystagmus

Horizontal Gaze Nystagmus (HGN) is the long name of a short test. Given by police to people during many if not most DUI investigations, it’s an eye test. You may have had one given to you. It is actually a version of a routine test used by doctors and nurses in neurological exams. Every doctor and nurse knows how to give one. Your lawyer should know well the way the police are trained to give these tests, and the inherent fallibility of such testing, and explain it simply to a jury. If he or she can’t explain HGN to you, over the phone, in a way that makes sense to you, he probably will have a hard time explaining it, and other things , to a jury or judge.

I hope this helps.