Most criminal defense attorneys familiar with the landscape of federal criminal law have long been painfully aware that the term “crime of violence” crops up as a dark feature, repeatedly, unpleasantly, and often ominously throughout the Code and Guidelines. But now, with the recent advent of Johnson v. United States, and interpretive circuit opinions, the federal criminal defense landscape may be suddenly brightening, at least a little bit.

In federal criminal & immigration law, for purposes of bail, sentencing, and deportation, the term “Crime of Violence,” has long carried special weight. For example, pursuant to 18 USC § 3142(f)(1), if the charged offense is considered a “crime of violence,” the Government may move for pretrial “detention.” This means that no bail may be available.

Similarly, pursuant to the United States Sentencing Guidelines (USSG) §4B1.1, certain repetitive offenders, called career criminals, are subject to particularly harsh prison terms—including life sentences—if prior or current convictions involved “crimes of violence.” Similarly, pursuant to 8 USC § 1101(a)(43)(C) a person convicted of “a crime of violence” may be subject to virtually automatic deportation as an “aggravated felon.”

However, the definition of “crime of violence,” almost always relied upon by courts and prosecutors, at least up until very recently, was extremely and confusingly broad, so much so that some inherently non-violent crimes (such as burglary) could be considered as bail, sentencing and or deportation obstacles or enhancers. Contained at 18 USC§ 16, the most authoritative definition provided:

Note that it was part (b) that was the most confusing, applying to any felony that involves “a substantial risk” that physical force could be used.>[?

In Johnson v. United States 135 S.Ct. 2551 (June 26, 2015), the United States Supreme Court ( 8-1; Scalia, J.), held that the definition of “violent felony” contained in a sentencing enhancement provision of the Armed Career Criminal Act, [18 USC § 924(e)(1)]( “ . . . has an element the use, attempted use, or threatened use of force … or … involves conduct that presents a serious potential risk of physical injury to another person”), notably similar to the definition of “crime of violence,” above, was unconstitutionally vague and therefore void.

In so holding, the Court reasoned that the absence of existing legal standards in determining whether a crime involved a “serious potential risk of physical injury to another person”( “How does none go about deciding what kind of conduct the “ordinary case of a crime involves? A statistical analysis of the State Reporter? A Survey? Expert evidence? Google? Gut instinct?)” the statute could lead to arbitrary enforcement. Id.

Within days of assuming the Presidency, Trump signed two Executive Orders, which greatly broaden the scope of who now is a priority for deportation. 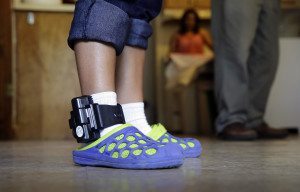 And while Johnson didn’t specifically address the definition of “crime[s] of violence,” but rather of “violent felonies,” the linguistic similarities between the two provisions—“serious potential” vs. “substantial risk”– were striking enough that it called into question the language of 18 USC §16(b).

Therefore, it was perhaps not surprising when last month in United States v. Vivas-Ceja 808 F.3d 719, 720 (7th Cir. Dec. 22, 2015), a 7th Circuit panel, extended Johnson, to specially hold that the definition of “crime of violence” contained at 18 USC § 16(b) (“significant risk of physical force”) was likewise unconstitutionally vague and therefore void.

This means, at least within the 7th Circuit, that the overbroad definition of “crime of violence” cannot now be used for bail, sentencing, or deportation purposes, at least until Congress amends these provisions, or other arrangements are made.