Last time we initiated our discussion of domestic violence and professionals by touching on arrest, initial appearance, release conditions, arraignment, and the basics of no contact orders.

In this blog series we continue to talk about some of the common obstacles, and hidden traps for professionals facing domestic violence charges, together with some possible solutions. 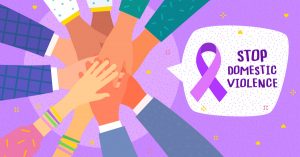 The Arizona Victim’s Bill of Rights

Woven into the fabric of Arizona law, the Arizona Victim’s Bill of Rights is codified in three places: The Arizona Constitution, Art. 2 § 2.1; The Arizona Criminal Code ARS § 23-4401 et. seq.; and the Arizona Rules of Criminal Procedure, Ariz. R. Cim. P. 39.

Among the enumerated rights that victims of domestic violence enjoy in Arizona is “upon request, the right to confer with the state regarding …. Release …. Resolution … diversion … plea … [and] a decision not to initiate prosecution or to dismiss charges.” See Ariz. R.Crim.P. 39(b)(6)

Concomitantly, the Arizona Victims’ Bill of Rights provides that the listed victim of a domestic violence offense also and separately enjoys upon request, the right to notice and to be heard at any criminal proceeding involving []… the initial appearance … release conditions … plea … sentencing … probation. See Ariz.R.Crim.P.39(b)(7)(A)-(G).

The means, that the victim of criminal domestic violence has the codified constitutional rights to both speak both with the prosecutor, and separately also to the judge at all critical stages in the proceedings. As a result, a victim’s voice can be highly influential when determining release conditions as well as final outcome.

Last time we also spoke, albeit cursorily about arrest and initial appearance. We talked about how a judge, with no victim input, may be inclined, as a safe default position, to include a no contact order.

Pima County is comprised of a number of towns and cities, many of which have their own municipal police departments and independent court systems. These municipalities include the Towns of Ajo, Marana, Oro Valley, and Sahuarita; and the City of Tucson. All police agencies book their domestic violence arrestees at a central location, the Pima County Jail located at 1270 W. Silverlake Road, in Tucson.

The Pima County Jail, as the central repository for all domestic violence custodial arrestees in Pima County, regardless of arresting agency, maintains its own centralized court system for initial appearances. Designated judges preside over custodial initial appearance twice each day seven days a week, 365 days per year for all custodial arrests. Court at the jail convenes at 9:00 AM each morning, and again 8:00 PM all night, processing often over 100 arrestees per day.

For those domestic violence victims who wish to physically attend, beware that the jail court, to which they are welcome takes place not at the main jail but at the Minimum Security Facility, 1801 S. Mission Road. This is around the corner from and adjacent to the main jail campus.

This may present an advantage for the cooperative victim and therefore to the arrestee. Since the victim has the right to be heard in open court on bond, as well as no contact orders, and other conditions of release, exercise of this victim constitutional, statutory and otherwise codified right is protected.

Therefore, victim affirmative participation at initial appearance can be an important first step for a victim to take concerning a defendant’s release conditions. Remember, as discussed above, under the Victims’ Bill of Rights in Arizona, the victim has the enumerated right “upon request to be heard at the initial appearance, concerning conditions of release. See Ariz.R.Crim.P. 39(b).

The Role of Pretrial Services in Determining Release Conditions

Often, but not always, Pretrial Services, sometimes under crushing caseloads and tight time constraints, will contact the victims, telephonically, especially where the victim is also the verifier of the basic biographical data of the arrestee.

It is important to understand that Pretrial Services, in advance of the initial appearance in jail court almost always produces a short but decisive document known as a pretrial services report. The report is designed to give the presiding judge at the jail initial appearances a snapshot of the defendant, an overview of the charges, the position of the victim, and the defendant’s prior criminal history, if any.

Initial Appearnce judges, faced with scores of release decisions each session understandably rely heavily on the completed pretrial services reports to guide them in release conditions. As a practical matter, judges at initial appearances are forced to make release condition decisions about each defendant, in a very short time frame, often a minute or so.

Therefore, where time permits, a cooperative victim may not only appear in person at the initial appearance court at the Pima County Jail Minimum Security Facility, but she may make herself available telephonically and provide information to pretrial services before court convenes, and in that we be meaningfully heard about release conditions, including contact.