Corruption and Misconduct in Orange County

According to an article published in the New York Times on September 30th, rampant misconduct on the part of the Orange County district attorney’s office has come under scrutiny by California judge, Thomas Goethals.

In March, Judge Gothals, removed the district attorney’s office from Orange County’s highest-profile murder prosecution in years because misconduct had tainted the entire offices handling of the case. He then reassigned the case to the California Attorney General, Kamala Harris.

If you do not have any money and you don’t want to go to jail, consider giving blood today and give me back your receipt. Rural Alabama judge. 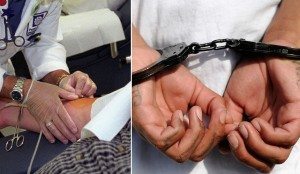 The case involved a mass shooting perpetrated by a man named Scott Dekraai in which eight people were killed. Mr. Dekraai pleaded guilty in 2014.  A jury is set to decide if Mr. Dekraai will face life in prison or the death penalty for his actions.  Mr. Dakraai’s public defender filed a motion in early 2014 that outlined illegal and unconstitutional acts perpetrated by prosecutors and the Orange County sheriff’s office, and further argued that this conduct should take the death penalty off the table for Mr. Dakraai.

The defense claimed deputies intentionally placed informants in cells next to the defendants, including Mr. Dakaai, and hid that fact.  These informants were promised reduced sentences or cash payouts in exchange for confessions or incriminating evidence.  After a person has been charged with a crime it is prohibited to use such tactics. On occasion informants are allowed in gathering evidence after a crime has been committed, but judges must be told in advance of the arrangement.  This did not happen in Orange County.  Instead, the sheriff’s department kept secret files detailing where jailhouse informants were placed that went back decades.  Prosecutors also had secret files that held data on informants, and their subsequent deals.  Some of the informants have helped law enforcement on more than one occasion in exchange for favors, a fact that is highly relevant in weighing their credibility.

In response to these facts some murder convictions in Orange County have already been thrown out, while other prosecutions have faltered.  Alex Kozinski, a federal appeals judge in San Francisco, has written: “Withholding of exculpatory evidence has reached epidemic levels,” and he further states that the only way to stop it is for judges to hold prosecutors accountable.