In a surprising unpublished decision the Board of Immigration Appeals, which handles administrative appeals from deportation orders, held that transportation of cocaine under California law is not an aggravated felony.    Originally, the immigration judge ordered the Respondent deported based upon a finding that his conviction for transporting more than 4 kilograms of cocaine under California Health and Safety Code § 11352(a) was an aggravated felony, because it was “related to trafficking.”

Federal law prohibits certain categories of individuals from purchasing or possessing firearms. Some of these categories are felons, fugitives from justice. 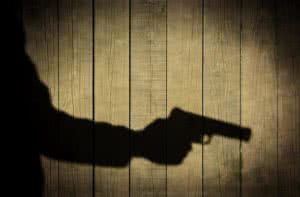 Under the current immigration code, an “offense related to trafficking in a controlled substance” is classified as an “aggravated felony,” carrying severe immigration consequences, usually resulting in virtually automatic deportation, even for long-term legal permanent residents.  See 8 U.S.C. § 1101(a) (43)

It would seem therefore, that transporting a large quantity of cocaine was “related to trafficking.”  However, the BIA holds that is not necessarily so.  See 8 U.S.C. § 1101(a) (43)

The Respondent, a legal resident of the United States for more than ten years is now able to apply for cancellation of removal under section 240A(a) of the Immigration and Nationality Act, 8 U.S.C. § 1 229b(a).